Senior US Senators Say Jonathan Pollard Should Not Be Released

Chairwoman & Vice Chairman of Senate Intelligence Committee reject proposal where Pollard would be released in exchange for releasing 400 convicted Palestinian terrorists, including mass-murderers.

Several senior senators have come out with harsh opposition to the deal proposed Tuesday, by which America would release Jonathan Pollard in exchange for the release of over 400 Israeli-held Arab terrorists and a partial construction freeze in Judea, Samaria and Jerusalem. Washington denied an Israeli radio report Wednesday that the Obama administration was planning to free Jonathan Pollard, who is serving a life sentence for spying on the United States for Israel, as a way of revving up stalled peace talks.

Demonstrators holding placards of Jonathan Pollard during an Israeli protest for his release. – Photo: Reuters

“There are currently no plans to release Pollard,” said a statement issued by the U.S. National Security Council and the U.S.

If Jerusalem does not renege on releasing the 4th batch of Palestinian murders from prison, and continues ‘peace talks,’ Washington says Pollard will go free, according to IDF Radio.

The United States has offered to release longtime captive Jonathan Pollard from jail if Israel agrees to release the fourth tranche of terrorist murderers that it is supposed to free as a “gesture” to the Palestinian Authority (PA), reports IDF Radio‘s Ilil Shahar. In addition, Israel has to agree to continue “peace talks” with the PA.

The decision was reportedly made after Prime Minister Binyamin Netanyahu told the US that many of his his government’s ministers executing the fourth tranche of releases, and that he will not be able to carry out the release. Continue Reading »

Pollard rally brings thousands to US Embassy in Tel Aviv

Knesset Member Feiglin says to demonstrators: “It doesn’t look good, Mr. Obama, that only the Jew has been kept in jail for such a long time.”

Thousands of people chanted “free Pollard now” and “enough is enough” in a demonstration for the release of Israeli agent Jonathan Pollard in front of the US Embassy in Tel Aviv Sunday night.

“Today, after nearly 30 years [that Pollard sits] in prison, there is no one who does not know that Jonathan’s life sentence is grossly disproportionate and unjust,” the agent’s wife, Esther Pollard said to a crowd of 3,000 according to event organizers’ estimates.
Continue Reading »
Category: Israel News | Tags: Jonathan Pollard, Moshe Feiglin, protesters
israelandstuffcom | February 13, 2014
No comments

Former CIA Director James Woolsey has reiterated his call to release Jonathan Pollard, who is now in his 29th year behind bars in the US on charges of spying for Israel. Speaking exclusively to Arutz Sheva, Woolsey noted that the time Pollard has served already is unprecedented for the crimes he was convicted of; namely, spying for a US ally. In the shady world of espionage, even friendly nations spy on each other, he pointed out – an argument Israeli leaders have made particularly ardently since revelations late last year that the US was spying on its closest allies, including Israeli Prime Minister Binyamin Netanyahu. Continue Reading »

If Pollard’s release would advance achieving a framework deal, regional peace trumps keeping him in jail, says a former US ambassador to the UN.

Two former American ambassadors to Israel who had opposed clemency for Israeli agent Jonathan Pollard changed their minds, according to a story published exclusively by the Walla News web site.

Thomas R. Pickering is among the most decorated U.S. diplomats. He served in Republican and Democratic administrations from 1974 through 1996. He leads the Benghazi probe. – MSNBC Screenshot

The web site spoke to Sam Lewis, who served as ambassador until 1985 when Pollard was arrested in Washington, and Thomas Pickering, who as Lewis’ replacement dealt with the arrest’s aftermath. Continue Reading »

US Secretary of State John Kerry will reportedly consider Israeli calls to release Israeli agent Jonathan Pollard as a condition to the release of the remaining 52 Palestinian terrorists, Channel 10 reported on Friday, quoting Israeli officials.

Israel has agreed to release 104 Palestinian security prisoners with blood on their hands in four phases as a part of a deal to restart peace talks with the Palestinian Authority. Continue Reading »

Former captive IDF soldier Gilad Shalit, urges Israelis to petition Americans: ‘We have already freed scores of murderous terrorists with blood on their hands at your request – now it’s your turn to make a gesture to us.’

Israeli officials have said that the revelation over the weekend that the United States spied on at least two sitting Israeli prime ministers opens the door for Israel to demand the release of Pollard, who has served 29 years of a life sentence in a U.S. Continue Reading »

Fmr. Assistant Secretary of Defense lashes out at White House after US caught spying on allies and Obama still omits Pollard from end of year clemency list.

Former Assistant Secretary of Defense Dr. Lawrence Korb on Saturday night said that Jonathan Pollard’s ongoing imprisonment, in light of new revelations of US spying on Israeli leaders, is “absurd” and a “moral embarrassment.”

Korb’s comments come as US President Barack Obama omitted Pollard from the 13 pardons he issued last Thursday. In addition to the 13, 6 of whom were drug dealers, Obama commuted the sentence on 8 other criminals, all of them drug dealers. Continue Reading »

Obama grants clemency to 21 criminals but passes on Pollard

Bill Richardson, a former U.S. Ambassador to the United Nations and Energy Secretary in the Clinton administration calls on US president to put Israeli agent on Christmas holiday clemency list.

By GIL HOFFMAN
US President Barack Obama granted clemency to 21 criminals over the weekend, as part of the pardons and commutations traditionally approved ahead of the Christmas holiday. Obama pardoned 13 criminals and commuted the sentences of eight. 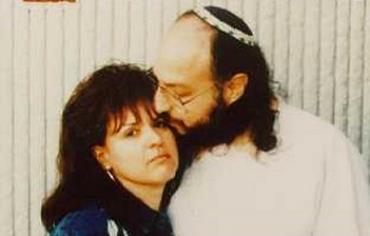 Most of the convicts on the list were drug dealers and thieves, some of whom would have received lesser sentences if convicted of the same crimes today.

Former US envoy to the UN, Bill Richardson petitions Obama for Pollard’s release

Former governor of New Mexico Bill Richardson, who also served as the U.S. Ambassador to the U.N., called for jailed Israeli Jonathan Pollard, to be released immediately.

In a Dec. 10 letter to Obama, whom he endorsed after dropping out of the 2008 presidential race, Richardson noted that an increasing number of figures involved in government when Pollard was given a 1987 life sentence for spying for Israel now believe his sentence should be commuted.

US Spied on Israel, But Won’t Give Pollard a Break

Leaked report that U.S. spy network listened in on Israeli military targets raises hope among campaign for release of Israeli spy, Jonathan Pollard. ‘The report increased the family’s expectation that the serious considerations in favor of his release will now receive renewed attention,’ head of campaign for Pollard’s release says.

The family of Jonathan Pollard is heavy hearted at the news that the US will not forgive and release him, even after the United States was caught spying on Israeli targets, the manager of the campaign to release Pollard said on Sunday in response to a New York Times article that claimed that the National Security Agency (NSA) was eavesdropping on Israeli military targets. Continue Reading »

Op-ed by Jonathan Pollard: Restoring Israel to its Greatness

For the 1st time in his 28 years of  imprisonment, Jonathan Pollard pens op-ed.

Authentic Jewish tradition teaches in great detail how to relate to the dead with honor and reverence. The dead are not only keepers of the past; they are our teachers, our moral guides and our inspiration for the future. A country with no respect for the dead has no respect for the living.

When tragedy strikes anywhere in the world, the State of Israel is always among the first to offer help, sending experienced rescue teams, portable hospitals and world-class medical experts to the scene.

Israeli official: Government determined to release Pollard, but only through standard procedures in their prison system.

U.S. President Barack Obama has refused another Israeli request for the release of imprisoned Israeli spy Jonathan Pollard. During talks that preceded the announcement of the renewal of Israeli-Palestinian peace negotiations, Netanyahu asked for Pollard’s release and was rebuffed by the Americans.

As part of the restart of peace talks, Israel is set to free 85 Palestinian terrorists imprisoned since before the Oslo Accords in 1993.

On the eve of Obama’s arrival, at least 2,000 gather in front of President’s Residence in Jerusalem pleading for the release of ailing American spy, Jonathan Pollard.

By Yair Ettinger and Haaretz

Over two thousand people gathered in front of the President’s Residence in Jerusalem on Tuesday evening to call for the release of Jonathan Pollard, on the eve of U.S. President Barack Obama’s arrival. Some Israeli news outlets are reporting thousands of protesters.

The protesters are calling on the American president to sign a presidential order for the release of the convicted spy. Continue Reading »