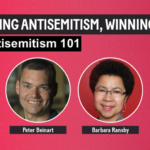 Group of anti-Israel Jews invites anti-Semites & anti-Israel activists to discuss how to be more effective in their anti-Israel criticisms without being labeled antisemitic. JVP’s December panel on antisemitism includes ‘token Jew’.

After an announcement that US Congresswoman Rep. Rashida Tlaib will participate in a panel on antisemitism along with others previously accused of antisemitic or anti-Israel statements, event host Jewish Voice for Peace is drawing criticism for their selection of speakers. 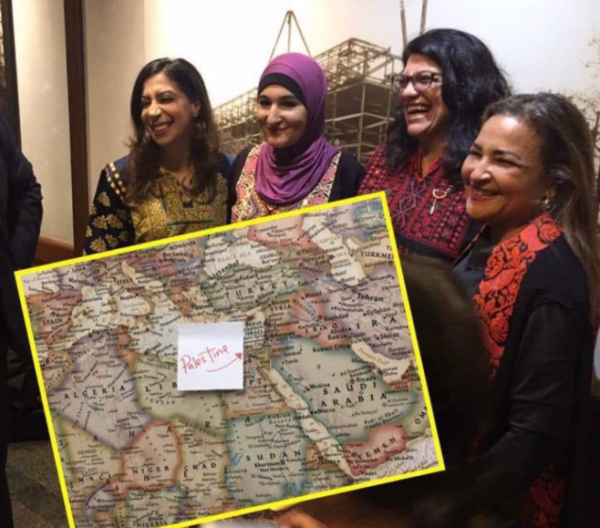 Louis Farrakhan supporter and Sharia law advocate Linda Sarsour (2nd from Right) stands with Rep. Rashida Tlaib (2nd from Let) holding a map where they have replaced the State of Israel with Palestine.

WATCH: American Jews united with Israel’s most extreme enemies are actively seeking to strip the world’s Jews of their inalienable right to self-determination in a Jewish State.

Israel’s Channel 2 recently dedicated a full 15 minutes to the anti-Israel group Jewish Voice for Peace (JVP). Reporter Danny Kushmaro brought to an Israeli audience awareness of “the Jews that stand behind the boycott of Israel.” For me, a longtime “student” of JVP, as well as many Americans, there would be little surprise to hear the venomous rhetoric disgorged by JVP activists. For an Israeli audience that never heard of JVP, however, the reaction had to have been nothing short of shock and a profound sense of betrayal. Continue Reading »