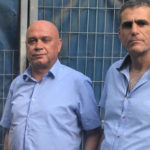 Three Knesset Members from Meretz were denied entry to the Ben Gurion Airport detention facility upon their  ‘surprise’ visit to see the 22 yr-old American woman who has been held for over five days now.

Meretz Members of Knesset Tamar Zandberg, Issawi Farig and Musi Raz were not allowed to visit Lara Alqasem, the Florida university student who has been detained by the Shin Bet (Israel Security Agency) at Ben-Gurion Airport for alleged Boycott, Divestment and Sanctions activity since arriving in Israel on Tuesday.

Lara Al-qasem, once served as Florida University president of Students for Justice in Palestine, an anti-Israel group which supports the BDS movement against Israel’s existence.

Exposing a pustule on Israel’s body is sometimes a necessary step towards a cure. It’s not what you might think. I am not pointing at the “Occupation.” I am referring to organizations like “Breaking the Silence” that exploit the occupation as a means of transforming Israel into a Sweden-style liberal state.

Until recently, Breaking the Silence was a relatively marginal, albeit damaging, organization. Though its stated purpose is to “expose the Israeli public to the reality of everyday life in the Occupied Territories,” its involvement in the fabrication of the Goldstone Report that investigated alleged Israeli war crimes in the wake of the 2009 military operation against Gaza clearly demonstrated that “occupied territories” is the red herring used to deflect attention from the group’s subversive activity that is ultimately aimed at turning Israel to a bastion of human rights that has no particular interest in remaining a Jewish state (peep through Haoketz if you like). Continue Reading »

Meretz campaigning to legalize cannabis proclaiming, ‘A million people are not criminals’

With a low turnout, illustrating the electoral danger that Meretz faces in the upcoming election, the perennial underdog convened Sunday a cadre of experts on medical marijuana to strengthen its base and prevent a disastrous result on March 17 that would leave the left-wing short of its most vocal champions. 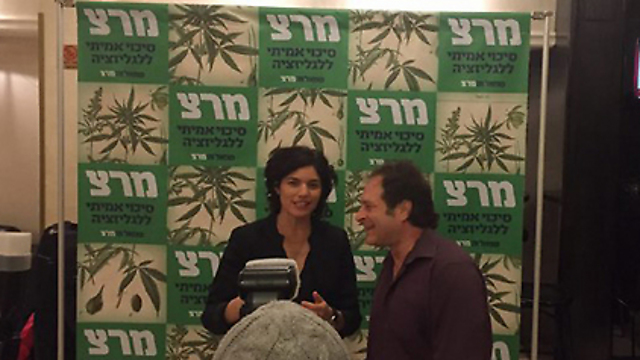 The activists who gathered at the ZOA House in Tel Aviv did not show a hint of the potential defeat in the elections, and responded with full conviction when confronted with the possibility. Continue Reading »

PA Mahmoud Abbas: Palestinian refugees will not be returning to Jaffa & Acre

There has been no progress made whatsoever in the first four meetings between Israeli and Palestinian delegations since diplomatic talks restarted, Palestinian Authority president Mahmoud Abbas told a visiting group of Meretz MKs in Ramallah on Thursday, a party spokeswoman said. 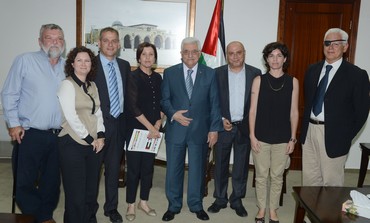 Abbas said he was not optimistic that the talks will succeed, but he “hoped they were not a waste of time” and that an agreement could be reached between Israel and the Palestinians over the next six months.