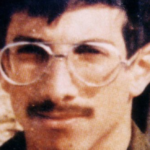 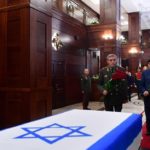 Among the objects delivered were Baumel’s tank suit and military boots. The ceremony was attended by Chief of Staff of the Russian Army Valery Gerasimov. Continue Reading »

Former Mossad official: When Jerusalem begins to take action against Gaza’s ‘royal family’ bank accounts, force them into constant litigation in the courts and end their ‘privileged’ medical care in Israeli hospitals, Hamas leaders will release the Israeli hostages.

Blum was appointed to replace Lior Lotan, who stepped down in August after three years in which he voluntarily held the position.

Arutz Sheva spoke to Rami Igra, former head of the Prisoners and Missing Persons Division of the Mossad, about what Blum could and should do in his new position to bring Israelis held by the Hamas terrorist organization home. Continue Reading » 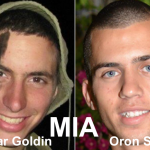 Lior Lotan, the prime minister’s envoy on hostages and missing persons, said on Tuesday that Hamas has rejected several offers to swap all of its men captured—both dead and alive—during Operation Protective Edge in exchange for the remains of Israeli soldiers Hadar Goldin and Oron Shaul.

The two soldiers were killed during the 2014 campaign in the Gaza Strip and their bodies were captured by Hamas. Continue Reading »