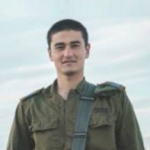 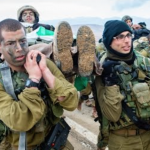 6 months ago, both Rio de Janeiro-born doctors Daniel Nigri & Benny London passed the Israeli medical board exams and then volunteered for the IDF
• Nigri, “I came to Israel during the 2nd Lebanon War & … had to come back here to contribute to its security.”

Childhood friends Drs. Benny London and Daniel Nigri, both 27, left their native Rio de Janeiro to put their medical qualifications to good use in the Israel Defense Forces as lone soldiers currently stationed on the northern border.

London is the doctor assigned to the Shahaf combat intelligence battalion, while Nigri is the doctor of the Nahal Brigade’s 50th Battalion. Continue Reading »