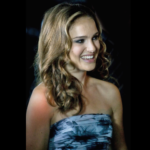 Although this year’s annual Genesis Prize recipient Natalie Portman was chosen for her inspiration to the next generation of Jews through her professional achievements, commitment to Jewish values, the Jewish people and the State of Israel, a Portman representative said, “Recent events in Israel have been extremely distressing to her and she does not feel comfortable participating in any public events in Israel.”

By Reuters and Ami Freedman

Hollywood actress Natalie Portman has refused to attend a ceremony in Israel to accept a 2 million-dollar prize because of “recent events” in the country, the organizers said, announcing the prizegiving had been cancelled. Continue Reading »

The annual $1 million award honors extraordinary individuals who serve as an inspiration to the next generation of Jews through their professional achievements, commitment to Jewish values, the Jewish people and/or the State of Israel.

Hollywood A-lister Natalie Portman has been awarded the 2018 Genesis Prize, commonly referred to as the “Jewish Nobel.”

The Genesis Prize is awarded to those who serve as an inspiration to the next generation of Jews through their outstanding professional achievement, commitment to Jewish values and to the Jewish people.

Israeli directorial debut to be shot in Haredi neighborhood of capital, to the chagrin of its residents.

Ultra-Orthodox residents of Jerusalem are reportedly trying to forestall Hollywood star Natalie Portman from shooting scenes from her upcoming directorial debut in Israel’s capital, increasingly defined by its religious majority.

According to the Haaretz daily, Portman, is set to film in an ultra-Orthodox part of the Nahlaot neighborhood. While she coordinated the shoot with the Jerusalem Municipality, officials apparently failed to inform the residents, who wrote a letter complaining that the filming will take place near synagogues and yeshivot. Continue Reading »

Hollywood superstar will also perform in her directorial debut in the adaptation of Amos Oz’s autobiographical novel “A Tale of Love and Darkness”.

Hollywood megastar Natalie Portman is planning to visit Israel in the near future to scout locations for a new film. The film, based on the epic autobiographical novel “A Tale of Love and Darkness” by Israeli author Amos Oz, will be Portman’s directorial debut. The actress will also star in the film.

Natalie Portman will visit Israel in the near future to scout locations for a new film based on an Amos Oz novel – Photo: AP

According to sources, Portman’s itinerary indicates that she will be landing in Israel this coming September.