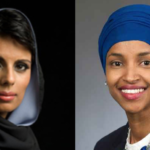 “In her remarks, she has branded every Muslim in America as an antisemite, and this is absolutely unacceptable and un-Islamic,” Ahmed said. Continue Reading »

How a pro-Israel Muslim was ambushed by Australian breakfast TV

A Muslim physician had been reduced to an instrument of rank media opportunism on Australia’s Channel 7, by producers who shamelessly exploited her Israeli-Palestinian goodwill project at Hadassah hospital, & turned it into a ‘Pallywood’ production for Hamas.

By Dr. Qanta A Ahmed

On a recent trip to Australia I was booked by Ch7′s Weekend Sunrise to discuss Project Rozana, an Israeli-Palestinian initiative to train West Bank physicians (predominantly Palestinian Muslims) in Israel’s Hadassah hospital. As an ambassador for the Project, I was lock step with my ideals both as a physician and as an observing Muslim opposed to virulently anti-Semitic Islamism. Continue Reading »