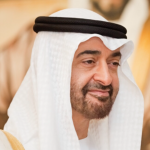 UAE Red Crescent Secretary General: “While we were in the field hospital that the UAE built, we were surprised … someone from Hamas instigating Israeli forces by launching locally made rockets from the field hospital… This shows [Hamas’] wicked intentions and how they sacrificed us,” he said. “They always claim that the enemy [IDF] targets humanitarian envoys but the betrayal came from them.”

Hamas tried to prevent the distribution of humanitarian aid in Gaza for the sake of political gain during Israel’s counterterrorism Operation Protective Edge in 2014, according to United Arab Emirates (UAE) Red Crescent Secretary General Mohammed Al Falahi, who oversaw the distribution of the aid. Continue Reading »

Israel’s soldiers regularly go out of their way to help Palestinians, but unfortunately, the media often portrays them as heartless oppressors.

The Israeli army is regularly painted as a heartless oppressor of Palestinian Arabs. But the reality on the ground more often then not simply does not support that view.

For instance, on Tuesday a Palestinian minibus was involved in a traffic accident in central Judea (the southern part of the so-called “West Bank”). Israeli army forces stationed in the area were notified, and did not hesitate to dispatch a medical team to the scene. Continue Reading »