According to paramedics who treated the fish farm worker, a shark partially removed his hand.

By JPOST.COM STAFF
An approximately 26-year-old man was bitten by a shark off the Ashdod Port on Sunday. 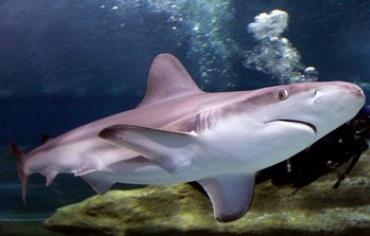 MDA paramedics treated the man who was in moderate condition after the shark removed part of his hand. He was transported to Sourasky Medical Center in Tel Aviv.The man was working at a fish farm in the area when he was bitten, according to MDA.

In February, 2012 two fisherman in the northern coastal city of Acre caught a 3-meter blue shark in their net.