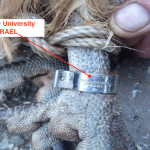 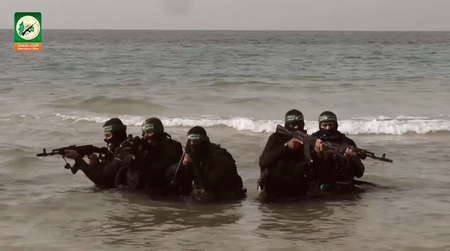 Another fantastical accusation is the latest in a long tradition of Muslim leaders’ claim that Israel employs supernatural means to harass its enemies.

If Israel’s antagonists in the region are to be believed, the Jewish state employs all manner of bizarre and even mythical tactics against its foes. The latest, according to Palestinian leader Mahmoud Abbas, is the unleashing of wild boars upon the fields of Arab farmers.

“Every night, they [Israelis] release wild boars against us,” Abbas said during a conference in Ramallah last Friday. “Why are they doing this to us?”

Pelican with Israeli ID legtag captured was the 3rd reported incident to involve the incarceration of an Israeli spy-bird in the Gulf Kingdom.

Farm workers in Saudi Arabia captured a large pelican with an Israeli plastic tag fitted to its leg, the third such incident in the Gulf Kingdom in three years.

The expatriate farmers were going to work at their farm in the northwestern town of Sakaka when they saw a flock of pelicans inside the farm.
Sabq newspaper quoted the farm owner Abdul Aziz Al Adheed as saying the birds flew away when his workers came close, except one. Continue Reading »

The kestrel allegedly captured with ‘spy’ receiver implanted on its body & suspicious ring on its foot with incriminating markings from Tel Aviv University. 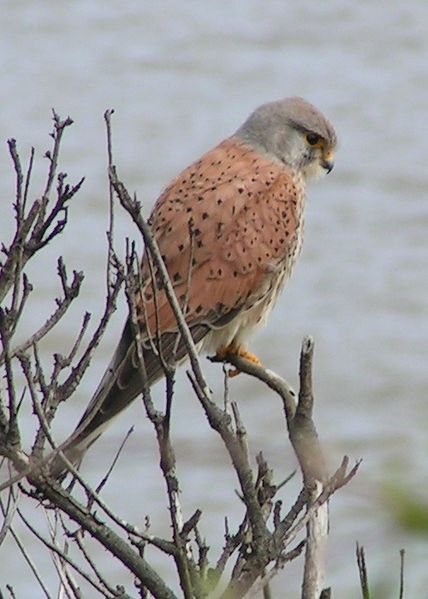 The eagle was captured by amateur hunters in the the town of Ashqout in the Keserwan district of the country, which is north east of Beirut.

The eagle was carrying an implanted receiver and a brass ring was found around its foot with markings in English that connected the suspect to Tel Aviv University, according to the report.

Turkey: Detained bird was not spying for Israel

Turkish authorities have “cleared a renegade bird captured in the Ağın district of the eastern province of Elazığ on suspicions of working for Israel’s state-of-the-art intelligence agency,” the Hurriyet newspaper reported Friday.

After being arrested, detained, interrogated, & x-rayed, the bird was ‘Free to fly away.’

According to the report by the Turkish newspaper, residents of Altınavya village became suspicious that the little kestrel could be more than a bird that lost its way when they found it wore a metallic ring stamped with the words “24311 Tel Avivunia Israel,” and delivered it to the district governorate. Continue Reading »

Sharks, Vultures, & sex for info: The far-fetched accusations against Israel

This kind of ignorant paranoia enables hatred of Israel in the Muslim world. Most damaging are the numerous unfounded reports of conspiracy theories, which are always accepted as truth in the Arab media.

Much mirth and merriment is being generated by the Sudanese reports that an Israeli vulture has been carrying out espionage over Darfur. In reality, of course, the bird was fitted with a GPS tracker by the Israel Nature and Parks Authority. The same thing happened in Saudi Arabia last year, when a “griffon” was “arrested” for its role in a “Zionist plot”.