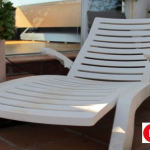 Israeli business daily Globes reports of Israel’s Keter Plastic Ltd. reportedly selling 80% of its stock to BC Partners for $1.7 billion.

The Israeli plastics firm Keter reportedly has sold 80 percent of its stock at a price of $1.7 billion.

BC Partners, a private equity firm with offices in London, Paris, Hamburg and New York, has been in exclusive talks to buy a stake in Keter, according to the Israeli business daily Globes.

Keter Plastics owner Sami Sagol reportedly had been trying to sell full ownership of the company for $2 billion. BC will still have an option of buying the remaining shares, according to Globes. Continue Reading »

Many Israeli concerns have been unsuccessful achieving the success that Teva has accomplished, because of the challenge in breaking into the innovation sector, the inability to raise proper funding for expansion, and the lack of experience in taking drugs through the regulatory process & to market.

As Israel’s biggest company Teva strives to get even bigger by swallowing up rival Mylan for more than $40 billion, further down the food chain a raft of upstart life science firms are struggling to climb onto the global ladder. 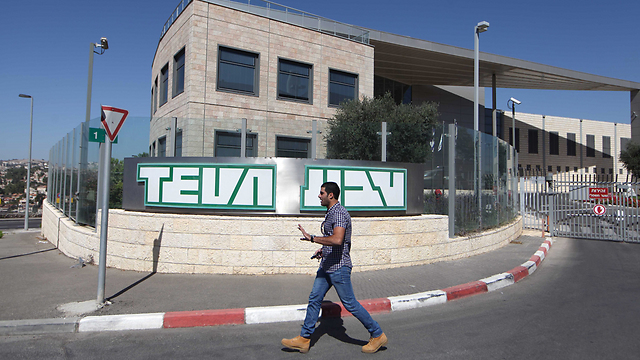 Now the government is starting to take notice, urged on by influential advocates, including Teva Pharmaceutical Industries’ own boss, who says the country’s economic future depends on replicating his company’s success. Continue Reading »

Since both countries are high-tech nations with small populations, they have to turn to broader markets to expand and thrive.

Singapore is looking to increase its investments in Israel, and serve as a bridge to the wider Asian market. 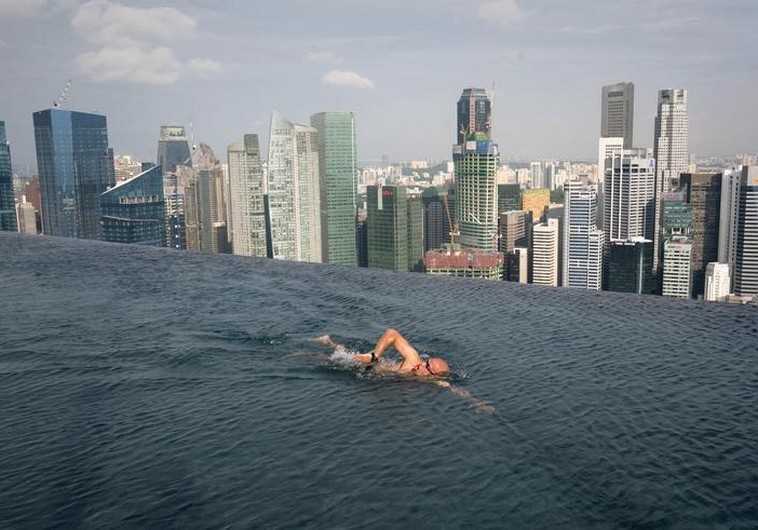 A guest swims in the infinity pool of the Skypark that tops the Marina Bay Sands hotel towers in Singapore. – Photo: REUTERS

“We notice there’s a gap down there. Israeli companies don’t come to Asian that often. We realized that this is an opportunity for us,” said Alex Lim, Global Head of Infocomm Investments (IIPL), a new $200 million Singaporean Government backed fund to invest in start-ups & growth stage companies around the world. Continue Reading »

WATCH: New Israeli hand-held scanner lets consumers check the ingredients & chemical makeup of any product by just pointing the beam at the object.

The Scio, developed by Consumer Physics, is the world’s first molecular sensor that fits in the palm of a hand. Using it, a consumer can scan any product and get instant information about its full chemical make-up.

Consumer Physics CEO Dror Sharon says that the Scio will pave the way to intelligent consumerism. Using the sensor, consumers will be able to avoid unsafe ingredients in products and will no longer be dependent on the supplier’s word that a cheese is low fat, say.

Unnamed Israeli company, chosen to aid in the fight against terror, will gather biometric data and issue e-cards in Kenya’s endeavor to increase security in East African nation.

An unnamed Israeli firm has signed a deal to help Kenya develop a biodata system for issuing ID cards to all its citizens, which the government hopes will aid it in the fight against terror, The East African reported Saturday.

Mourners remembering their loved ones killed in the Westgate terror attack at the Amani Garden memorial site in the Karura Forest in Nairobi, Kenya, Sept. 21, 2014. – Photo: AP

The information is also meant to help the rein in tax evasion, loan defaults and corruption, according to the news site.

SodaStream said move to new factory in southern Israel is not because Palestinian activists launched a campaign boycotting the company because the factory was located in an Israeli town in the West Bank.

By Dror Reich, Reuters and The Associated Press

SodaStream is shuttering its controversial West Bank plant next year as part of a plan to boost growth, the company said Wednesday.

The plant in the Ma’aleh Adumim industrial zone, which employs Palestinian workers, has made the at-home soda machine maker a target of the anti-Israel boycott, divestment and sanctions movement, and put the company at odds with European policies blocking the import of products made in West Bank settlements.

Undeterred by war, Ryanair seeks to transform Israel into hub for low-cost flights

Low-cost airline Ryanair wants to launch an “Israeli version” of the Irish company and turn Israel into one of its hubs, CEO Michael O’Leary told the Irish Independent newspaper.

Ryanair is Europe’s largest low-cost airline, and it has already said that it intends to start flying to and from Israel. O’Leary says the company has great aspirations for Israel, and promised Israel’s tourism minister last year that the company would bring Israel 4-5 million tourists a year.

Study: Israelis Exploit the Internet More Than Europeans or Americans

Survey demonstrates Israelis pay less for it’s use, but, what do online media outlets have to do to get Israelis to spend more money?

Everyone knows that Israelis are quick to embrace new technology and are avid consumers of locally produced content. What’s surprising is that Israeli media organizations struggle to leverage these advantages in order to survive in the digital age. New and old media companies alike are fighting for survival worldwide, but because the Israeli market is a small one the stakes are higher.

The FDA has approved Israel’s ReWalk, a set of motorized leg braces that is sometimes described as a robotic exoskeleton,for home use in the United States.

The U.S. Food and Drug Administration has approved a wearable support device produced by Yokne’am-based ReWalk Robotics that can help some people with spinal cord injuries to walk again.

ReWalk, a set of motorized leg braces that is sometimes described as a robotic exoskeleton, was approved in the United States for home use only.

The braces support the wearer’s legs and lower torso, while the motors provide movements to the knees, thighs and ankles, enabling some paraplegics to sit, stand and walk.

Now that China Harbor will be developing the port in Ashdod, Jerusalem can use this new port as a bargaining chip with dockworkers’ unions. No longer will the country be blackmailed with union strikes costing Israel millions in lost revenues.

The first private port to be developed under the state’s port reforms will be located in Ashdod and built by China Harbour Engineering Company, a Chinese government-owned firm, TheMarker has learned.

China Harbour, which won the international tender to construct two new private ports a week ago, opted Sunday to develop the southern port in Ashdod, instead of the northern one in Haifa.

SodaStream stocks jump with talks of merger with Starbucks

SodaStream International Ltd. shares rose as much as 17 percent on Wednesday in the wake of a Globes report that the coffee giant Starbucks was in advanced talks to buy 10% of the Israeli-based home soft-drink maker.

SodaStream and Starbucks may be close to a partnership deal, a new report claims – Photo: AP

“There are always rumors surrounding the company.

The big new trend TheMarker identified a year ago in the Tel Aviv real estate market was a shift to the south, and this year that trend is expected to continue. Over the past year, many new apartment buildings aimed at investors were built, mostly in the south Tel Aviv Florentin neighborhood, for young renters and others who have been priced out of rentals in central and northern areas of the city.

Missouri’s office in Israel would be focused on developing joint business partnerships in biotechnology, agriculture & other emerging fields.

A spending plan embraced by a Senate committee would insert $200,000 into the next state budget to open an office in Israel.

The Senate and House have each passed bills that would require the Department of Economic Development to establish an office in Israel.

Although Israel has the climate & know-how to be the major exporter of medical marijuana, it doesn’t want to.

The Czech Health Ministry would like to import medical marijuana from Israel, but the government has not arranged for local growers to export the drug.

Growing facility for the Tikun Olam company near the northern city of Safed. – Photo: Reuters

Visiting here last month, Czech Health Minister Svatopluk Nemecek dropped by a medical marijuana operation on moshav Ein Irron. The logistic center there is operated by Bazelet — the marijuana division of the Barak Group, a medical supplier that serves five of the eight authorized growers of medical marijuana in Israel.