Tag Archive for US delegation 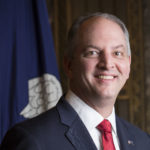 Louisiana Governor John Bel Edwards announced Thursday that he will travel to Israel later this month on an economic development trip that includes a meeting with Prime Minister Benjamin Netanyahu.

The Democratic governor said the 24-person delegation will include business leaders and researchers in water management, logistics, higher education and cybersecurity. Continue Reading »

Delegation of 14 UN ambassadors in Israel ‘to see for themselves’

Israeli Ambassador to the UN, Danny Danon, hosted a delegation of 14 colleagues who toured Israel, including the Golan Heights & Gaza, while highlighting Israel’s technological developments and security challenges.

Israel’s Ambassador to the UN, Danny Danon, led a delegation of 14 UN ambassadors to Israel as part of a project initiated by the American Jewish Committee and the Israeli delegation at the United Nations.

The delegation was attended by countries such as Argentina, Bulgaria, Cameroon, Costa Rica, Mexico, Uganda, Georgia, Jamaica and Micronesia.

“When I walked around Israel, I saw peace and a cosmopolitan atmosphere where Christians, Jews and Muslims live side by side in harmony. Continue Reading »

As Israeli PM met US delegation, Palestinian call U.S. its “No.1 Enemy” 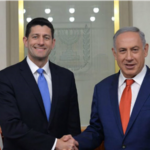 While meeting Israeli officials this week, a bipartisan US Congressional delegation led by House of Representatives Speaker Paul Ryan acknowledged the Jewish State as one of America’s closest and most important allies. Senior Palestinian official reacts, insisting that America is ‘the number one enemy of the Palestinian people.’

Rep. Paul Ryan, Speaker of the US House of Representatives, was in Israel this week, and reiterated that the Jewish state is one of America’s closest and most important allies.

In an interview with Times of Israel, Ryan, who was Mitt Romney’s running mate in the 2012 US presidential election, said that with the rise of Islamic terror, Washington needs to bolster its ties with Israel now more than ever.
Continue Reading »
Category: Israel News | Tags: Israel US, US delegation