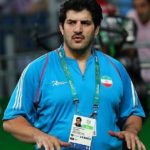 Just recently, Iranian wrestler Alireza Karimi received a six month suspension for losing on purpose to a Russian opponent during the U-23 World Championship held in Poland in November, so that he would not advance to the next round and face Israeli wrestler Yuri Kalashnikov, who won a bronze medal. Continue Reading » 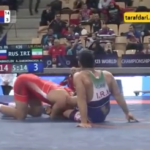 Iran’s government hailed wrestler Alireza Karimi-Mashiani for his “noble and heroic action”, saying he is “a source of pride and praise,” after he threw a bout against a Russian opponent in order to avoid facing Kalashnikov. Continue Reading »