UNRWA: We need more money to give the Palestinians 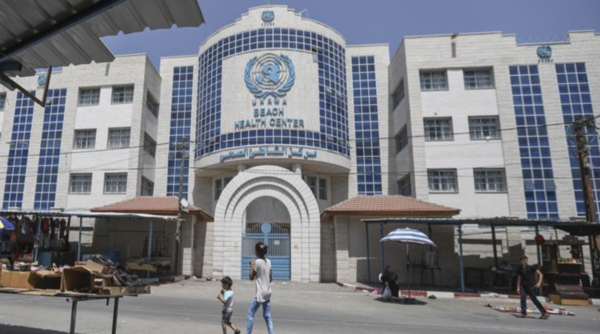 With well over 95% of UNRWA’s 28,000 employees being Palestinian, the head of UNRWA, the UN agency that deals exclusively with Palestinian refugees of all the world’s other refugees, says, ‘We can’t pay our employees on time.‘

The head of UNRWA, the UN agency for “Palestinian refugees” said Tuesday the organization was unable to pay its 28,000 employees on time this month because of a major funding crisis, The Associated Pressreports.

UNRWA head Philippe Lazzarini was quoted as having told reporters in Jordan that the resumption of US support for the agency this year – which had been halted by the Trump administration – was offset by a reduction in funding by other donors.

All 4 Palestinian leaders embezzled OVER $28 Billion for personally use

When will these #kleptocrats answer for what they’ve done to the #Palestinians? pic.twitter.com/SDVNSoMtY0

Staff went on strike Monday after being informed last week that salaries would be delayed, but halted the action following mediation, Lazzarini said.

“If UNRWA health services are compromised in the middle of a global pandemic, COVID-19 vaccination rollout will come to an end. Maternal and childcare will stop, half a million girls and boys not knowing if they can continue learning, and over two million of the poorest Palestinian refugees will not get cash and food assistance,” he added, according to AP.

“The humanitarian needs of Palestinian refugees keep increasing while funding to the agency has stagnated since 2013,” said Lazzarini.

He added the agency raised enough donations at a recent conference in Brussels to cover up to 48 percent of its budget in 2022 and 2023. It also generated $60 million toward a $100 million shortfall until the end of the year to keep services running.

However, he added, “I’m still not yet in a position to say when the November salaries will be paid.” UNRWA runs schools, clinics and food distribution programs for millions of registered Palestinian refugees across the Middle East, mainly the descendants of Palestinians who fled or were driven out of what is now Israel during the 1948 war surrounding its creation.

Created in 1949, UNRWA supplies aid to more than three million of the five million registered “Palestinian refugees” in Jordan, Lebanon, Syria and territories assigned to the Palestinian Authority.

However, it is also notorious for its anti-Israel activities. During the 2014 counterterrorism Operation Protective Edge, Hamas rockets were discovered inside a school building run by UNRWA.

Likewise, a booby-trapped UNRWA clinic was detonated, killing three IDF soldiers. Aside from the massive amounts of explosives hidden in the walls of the clinic, it was revealed that it stood on top of dozens of terror tunnels, showing how UNRWA is closely embedded with Hamas.

The US, which was previously UNRWA’s largest contributor, cut a full $300 million in funding to the agency in 2018, when Donald Trump was President. However, the Biden Administration has announced it intends to resume aid to UNRWA as well as other aid to the Palestinian Authority which was suspended by the Trump Administration.

Most recently, a UN Watch report revealed that more than 100 of UNRWA’s educators and staff have publicly promoted anti-Semitism and violence on social media, and that on numerous occasions the agency has failed to dismiss teachers who incited such hate.

Following the publication of the UN Watch report, Israel’s Ambassador to the UN, Gilad Erdan, sent letters of complaint to the Secretary-General of the UN and the Commissioner-General of UNRWA and demanded they take action.

UNRWA subsequently announced that it would launch a probe into the contents of the UN Watch report.

UNRWA is drenched in corruption,
facilitates hate & violence against the Jews, and
teaches Jihad & Martyrdom as the ultimate achievement. 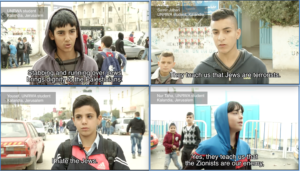 UNRWA students [Palestinians] admit to being taught to hate Jews and killing them “brings dignity.” – Screenshots: The Center for Near East Policy Research

– If a solution to the ‘Palestinian problem’ was really the objective, then UNRWA should have been closed decades ago.