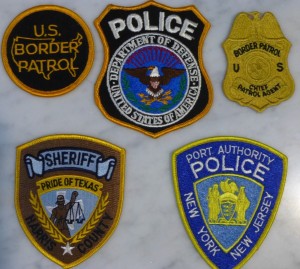 The 15-member delegation of law enforcement executives from the US  are scheduled to meet with security experts & Israel Police commanders “to learn about effective methods of terror attack prevention & response.” 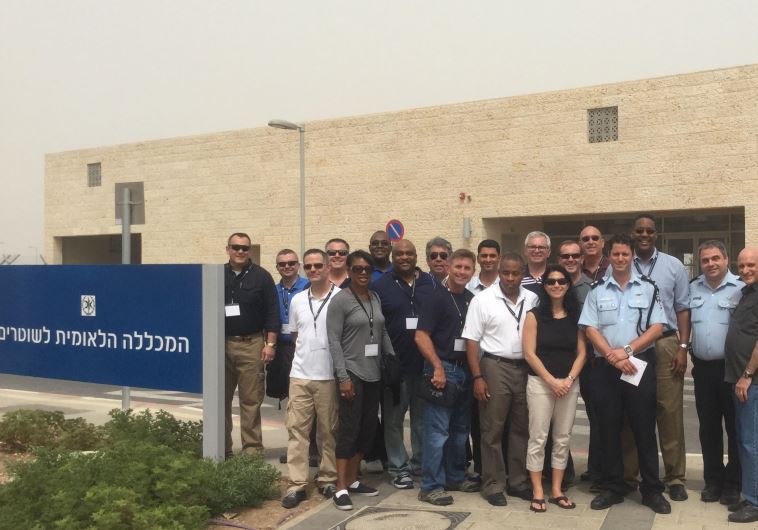 David C. Friedman, the Anti-Defamation League’s Washington, D.C. Regional Director and Director of National Law Enforcement Initiatives said Wednesday that the purpose of the visit is “to learn lessons from Israel in terms of tactics and strategies and the evolution of terrorism, but also examples of leadership.”

He said that in some regards the Israel Police can serve as a model for law enforcement agencies in the United States and elsewhere, and that the visit also serves to build bridges “between law enforcement agencies in two democracies” and that the officers who take part in visits of this sort “come back and they are Zionists. They understand Israel and its security needs in ways a lot of audiences don’t.”

The 15-member delegation of law enforcement executives from the United States are in Israel as part of an Anti-Defamation League (ADL) National Counter-Terrorism Seminar (NCTS) taking place between September 5-13, 2015.

The ADL said in a statement this week that during the trip – the 13th of its type they’ve organized – the participants are scheduled to meet with security experts and Israel Police commanders “to learn about effective methods of terror attack prevention and response,” as well as border and airport security, maintaining safety and access to holy sites, cyber-security, and media relations.

Regarding border and airport security, in August US State Department spokesman John Kirby expressed concern over the treatment of Palestinian-Americans traveling to Israel. According to the US State Department’s website, “many Palestinian nationals or dual nationals seeking to enter via Ben-Gurion have been sent back to the United States upon arrival,” and that “others have been allowed to enter Israel but told they cannot depart Israel via Ben-Gurion without special permission, which is rarely granted.”

“The US government seeks equal treatment and freedom to travel for all US citizens regardless of national origin or ethnicity,” Kirby announced, adding that “specifically, the US government remains concerned at the unequal treatment that Palestinian-Americans and other Arab-Americans receive at Israel’s borders and checkpoints.” The ADL said this year’s participants including executives from the U.S. Immigration and Customs Enforcement, U.S. Marshals Service, Naval Criminal Investigative Service, International Association of Chiefs of Police, and officers from the police departments of Chicago, Las Vegas, Austin, Seattle, Oakland, and Miami-Date, among others.

Vincent Talucci, the Executive Director of the International Association of Chiefs of Police said he believes the visitors can learn from the Israelis in particular in the fields of cyber terrorism, and that “our goal is to find examples of great policing practices abroad.”

The visit comes amid a drawn-out search by the Public Security Minister Gilad Erdan to appoint a new Police Commissioner, and a media storm surrounding the decision to appoint former IDF General Gal Hirsch, a man whose career has been marked by controversy since the Second Lebanon War. The decision to pick a candidate from outside the police force came amid a severely declined public opining of the Israel Police, which has been beset by a series of highly-publicized scandals in recent years, including several sex scandals involving senior officers.