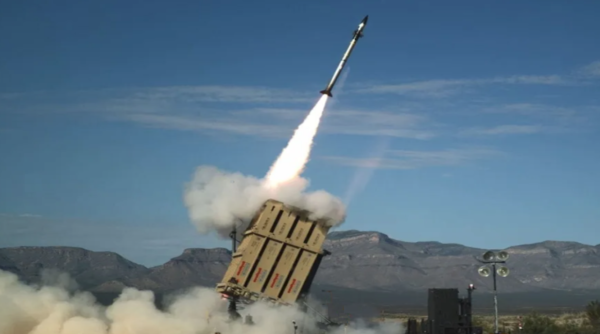 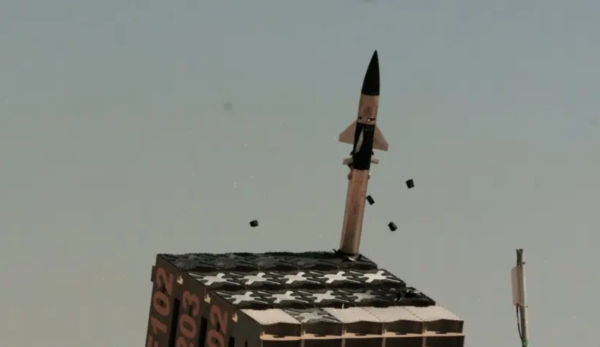 During the live-fire tests at the White Sands Missile Range in New Mexico on June 30, the prototype tracked each target and passed them through the CAC2S to the Iron Dome components. MRIC successfully hit several simultaneously launched cruise missile representative targets from different directions and at different trajectories.

“At its peak, numerous in-air targets, each with its own unique flight trajectory and velocity, surrounded the MRIC prototype. Upon firing, MRIC successfully hit each target using the Tamir missile,” read a statement released by the Marine Corps.

According to the Marine Corps statement, the live-fire test was “designed to validate the primary subsystems’ integrations and the system’s overall capability to provide critical information to senior Marine Corps leadership as they decide the path forward for the MRIC prototype.”

At its peak, numerous in-air targets, each with its own unique flight trajectory and velocity, surrounded the MRIC prototype. Upon firing, MRIC successfully hit each target using the Tamir missile.

Addressing an emerging Marine Corps gap
The MRIC prototype is one of the systems developed to address an emerging capability gap for the USMC.

Maj. James Slocum, MRIC Medium Range Intercept Capability team lead at PEO Land Systems, said that the program takes proven components and integrates them into a system that is compatible with Marine Corps architecture in order to rapidly develop a relevant capability. 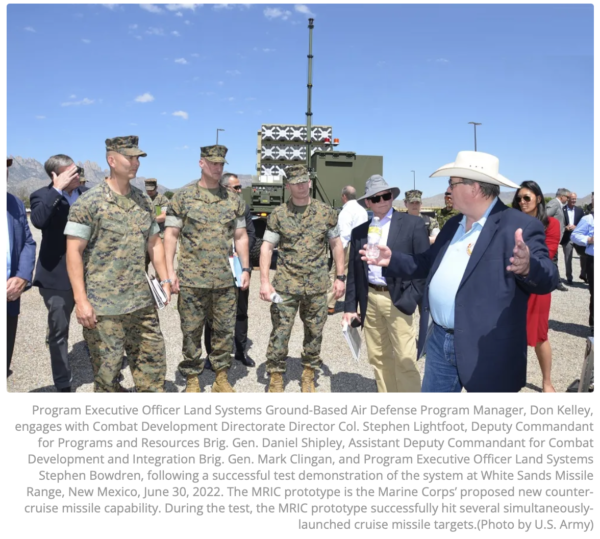 “As long-range cruise missiles and anti-air weapons systems begin to get better and better, air supremacy is not something we can take for granted,” he said. “We must be able to counter these types of capabilities.”

“This demonstration proves that we do now have a relevant capability,” said Don Kelley, program manager for GBAD at PEO Land Systems, immediately following the successful test.

Head of the Defense Ministry’s Israel Missile Defense Organization Moshe Patel said that the test “has proven” that the Tamir interceptor and ground components of the Iron Dome can be “integrated quickly and efficiently in any relevant defense architecture and intercept various aerial threats successfully in complex and advanced scenarios.”

“Once again, Rafael’s systems have proven that they are capable of seamless, optimized integration with other defense systems,” said Brig.-Gen. (Res.) Pinhas Yungman, executive vice president and general manager of the Rafael Air and Missile Defense Division. 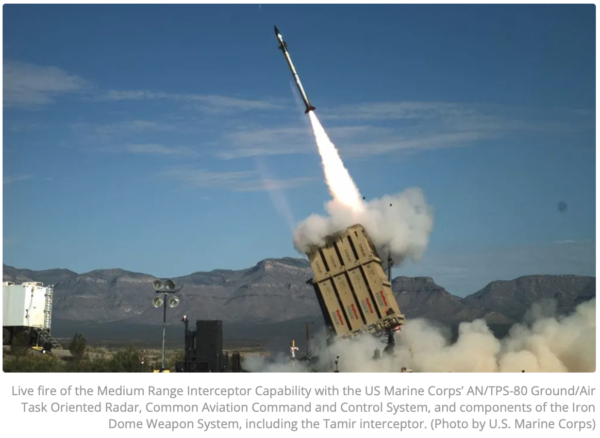 “The marines’ live-fire test demonstrated a successful combination of a Iron Dome ground launcher, Tamir interceptor with the marines’ radar system and battle management system,” he added. “This is an important and significant message for Rafael, for the marines and the other customers in the United States and in the international market.”

In use since 2011, the Iron Dome, which is designed to shoot down short-range rockets, is an integral component of Israel’s multi-layered defense array. The Tamir interceptor is capable of intercepting cruise missiles, unmanned aerial systems, rockets, artillery and mortars.

The prime contractor for the development and production of the Iron Dome is Rafael Advanced Systems, who adapted the system to USMC requirements and associated testing support. The MMR radar is developed by ELTA, a subsidiary of Israel Aerospace Industries (IAI), and the command and control system (BMC) is developed by mPrest.

The fully mobile system carries 10 kg. of explosives and can intercept an incoming projectile from four to 70 km. away. It is able to calculate when rockets will land in open areas, choosing not to intercept them, or toward civilian centers. 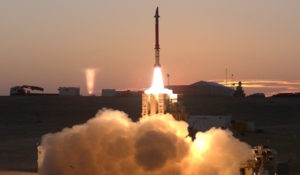 The other defense layers include the Arrow-2 and Arrow-3 systems that intercept ballistic missiles outside of the Earth’s atmosphere. The David’s Sling missile defense system, which is designed to intercept tactical ballistic missiles and medium- to long-range rockets as well as cruise missiles, fired from ranges of 40 km. to 300 km.