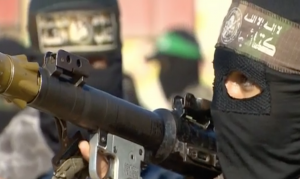 It’s possible that his decision was based instead on an old-fashioned understanding of the way the world works, one that would be familiar to Middle Easterners: There are winners and losers in every conflict, and Palestinians have decisively lost in their struggle with the Jews of the Holy Land. Diplomacy based on denying reality isn’t helpful.

This view runs smack into the tenets of contemporary conflict resolution, in which diplomacy tries to make losers feels like winners, so that unpleasant compromises, at least in theory, will be easier to swallow. It alleviates the guilt of a Westernized people triumphing over Arabs that has made many in Europe and even the U.S. uncomfortable with Israeli superiority. It also runs counter to an assumption held widely among Western political elites—to wit, quoting the current French ambassador to the U.N.: “Israel is the key to peace between the Israelis and the Palestinians.” Israelis, in this view, must make the big compromises.

The truth is surely the opposite. Recognizing the extent and irreversibility of Palestinian defeat is the first step in the long process of salvaging Palestinian society from its paralyzing morass. Far too many Palestinians still want to pretend they haven’t lost, that the “right of return” and Jerusalem’s unsettled status give hope that the gradual erosion of Israel is still possible. Palestinian Authority President Mahmoud Abbas tapped a common theme among Palestinians in his recent oration before the Organization of Islamic Cooperation when he complained that Jews “are really excellent in faking and counterfeiting history and religion.”

The biggest problem the Palestinians have is that the Israelis don’t trust them, and the Israelis cannot be ignored, sidestepped, bullied, bombed or boycotted out of eastern Jerusalem and the West Bank. Fatah, the lead organization of the Palestine Liberation Organization and the muscle behind the Palestinian Authority, has often acted publicly as if the Israelis weren’t the foreigners who truly mattered, appealing to Europeans, Russians and Americans to intercede on its behalf. Americans and Europeans have consistently encouraged this reflex by stressing their own role in resolving the conflict, usually by suggesting that they would cajole or push Israelis toward Palestinian positions.

For the Israelis, this has seemed a surreal stage play. The Fatah leadership is well aware that only the Israeli security services have kept the West Bank from going the way of the Gaza Strip, where Fatah’s vastly better-armed forces were easily overwhelmed by Hamas in 2007. Fatah’s secular police state—and that is what the Palestinian Authority is—has proved, so far, no match for Hamas.

Western diplomacy has failed abysmally to recognize the profound split between Palestinian fundamentalists and secularists and played wistfully to the hope that a deeply corrupt Fatah oligarchy could conclude a permanent peace accord with Israel. This delusion’s concomitant bet: Such a deal would terminally weaken Hamas, since the secularists would have finally brought home the mutton.

The most important point, however, is always ignored. Competent, transparent, nonviolent Palestinian governance is the only chance Palestinian society has of escaping the fundamentalist critique that has undermined oligarchs across the Arab world. Fearful of playing the imperialists and keenly aware of the efficiency of having a police state as a partner, Americans, Europeans and Israelis have failed to use the leverage of financial aid to set standards for Palestinian governance on the West Bank and in Gaza.

Palestinian Muslims are no different than other Muslim Arabs. Religious militancy has grown astronomically over the past 40 years as the ruling secular elites have calcified into corrupt, hypocritical, heavy-handed autocracies. Westerners have not dealt with this well, since it defies the top-down approach inherent in diplomacy—and also because fundamentalists terrify them. Yet the past ought to tell Americans and Europeans that a two-state solution to the Israel–Palestinian clash isn’t going to happen before Palestinians reconcile in a functioning democracy that doesn’t scare their Jewish neighbors. The overwhelming burden here is upon the Palestinians.