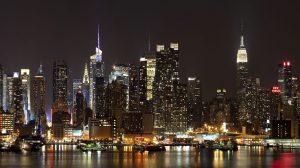 One of the suspects, Ali Kourani, conducted surveillance of potential targets in America, including military and law enforcement facilities in New York City.- Ynet

In a statement, authorities said the men tried to provide support to Hezbollah’s Islamic Jihad organization after receiving military training from the group.

Acting Manhattan US Attorney Joon H. Kim said, “At the direction of his Hezbollah handlers, El Debek allegedly conducted missions in Panama to locate the US and Israeli Embassies and to assess the vulnerabilities of the Panama Canal and ships in the Canal.

“Kourani allegedly conducted surveillance of potential targets in America, including military and law enforcement facilities in New York City. Thanks to the outstanding work of the FBI and NYPD, the allegedly destructive designs of these two Hezbollah operatives have been thwarted, and they will now face justice in a Manhattan federal court.”

Kourani was arrested in the Bronx and brought before a judge for the first time last Friday. It was reported that he was born in Lebanon and in 2000, when he was only 16, received weapons training funded by Hezbollah. He legally immigrated to the United States in 2003, received a bachelor’s degree in biomedical engineering six years later, and later on, an MBA. During the Second Lebanon War, a house owned by his family was destroyed. He would communicated with his operators in the organization via encrypted emails.

El Debek was arrested in the city of Livonia, Michigan, and brought before a judge for the first time last Monday. It was reported that he was recruited to Hezbollah for the first time in late 2007 or early 2008, and soon thereafter, began receiving a salary from the organization until 2015. During the Second Lebanon War, he distributed an email expressing his support for Nasrallah. El Debek was trained by Hezbollah members in Lebanon on several occasions between 2008 and 2014.

It was also reported that in May 2009, Al Debek was sent by Hezbollah on a mission to Thailand. He flew from Lebanon to Malaysia, and from there, to Bangkok, in order to hide explosives that other operatives of the organization left after they discovered they were being surveilled.