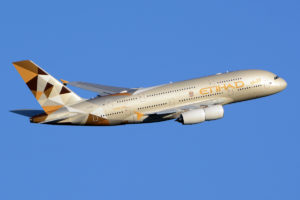 The IDF on Wednesday decided to provide a quick glimpse into the clandestine activity of Unit 8200, the Israeli military’s equivalent to America’s NSA. This secretive unit was able to thwart an ISIS attempt to blow up a civilian airplane en route from Australia to Abu Dubi. The IDF referred to a July 30, 2017 news report about Australian police arresting four suspects in Sydney who were planning to “commit a terrorist act using an improvised device.”

IDF’s Unit 8200 facilitated the arrest of the terrorists before their airline attack. – Illustrative photo courtesy of the IDF Spokesperson’s Unit

Now the IDF informs us that it was thanks to the efforts of Unit 8200 that the Australians were able to save the lives of hundreds of passengers. According to the Ynet news portal, the terrorists attempted to kill everyone on board of the Etihad flight by an explosive device placed in the suitcase of an unsuspecting relative to one of the terrorists. Though the incident happened on Australian soil, it is possible that ISIS’s decision to target Etihad, on of the official airlines of the United Arab Emirates, was no accident. The UAE and Israel have been flirting with one another for quite a while now. At least two Israeli ministers openly visited the UAE, in 2010 and 2016.

The astonishing Mossad debacle in its alleged 2010 assassination of Hamas terrorist mastermind Mahmoud Mabhouh in Dubai points not only to an interesting intelligence cooperation between the two nations, it also demonstrates that this embarrassing incident wasn’t enough to sever ties between Israel and UAE. Israel’s saving of the Etihad flight in particular, and this unique case of Arab-Israeli cooperation in general, shows how beneficial Israel can be to other Arab countries.

Unit 8200’s vital role in today’s changing military arena was again seen just a day after the IDF revealed its role in Australia. On Thursday morning, Israelis were informed that all cellular networks in southern Israel were shut down. According to some sources, this wasn’t a technical problem, but a cyber-attack, most likely perpetrated from the Egyptian Sinai Peninsula. The soldiers of Unit 8200 are tasked with fighting this kind technological warfare, which can take on so very many different forms. Dovetailing the report on the Australian incident, a senior officer from Unit 8200 went just as far as saying that this unit also “operates beyond Israel’s borders. We do things like turning utilizing cyber-tech as an offensive weapon … this technology has turned into a tool for achieving military and political objectives.” The same officer also said that over the last year, Unit 8200 has thwarted dozens of terror acts from Judea and Samaria.