The INS Rahav, which cost the Israel Navy two billion dollars, was first unveiled in a ceremony in April 2013 in Kiel, Germany. After the unveiling, the submarine underwent a year and a half of work to make it operational. It left the German port of Kiel last month. 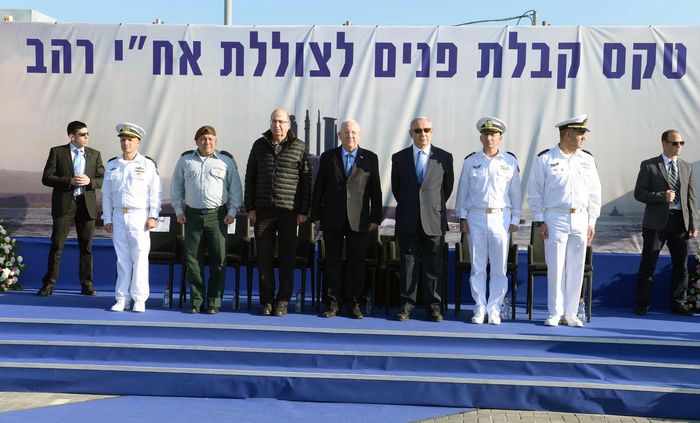 “Without a doubt, the INS Rahav is the most formidable, sophisticated, complex and expensive war machine that the Israel Defense Forces has,” Rivlin said.

“It is not easy to be days and weeks under water, far from home – sometimes hundreds or thousands of miles from the Israeli coast,” the president said, addressing sailors present. “Detached, unable to breathe, no phone, no Facebook and no Instagram, and without being able to tell anyone. Secrecy – it’s your secret weapon.”

The INS Rahav, which is more than 220 feet long and weighs over 2,000 tons, will house a crew of approximately 50 sailors.

The most important feature of the new submarine is the air-independent propulsion (AIP) system that allows the submarine to remain completely underwater for weeks at a time and enhances the vessel’s stealth capabilities.

Israel’s newest submarine will carry state-of-the-art surveillance systems which will be able to track other ships as well as satellite communications to be use for electronic warfare.

Israel has generally purchased its missile boats from the United States, using its annual allotment of US military aid. 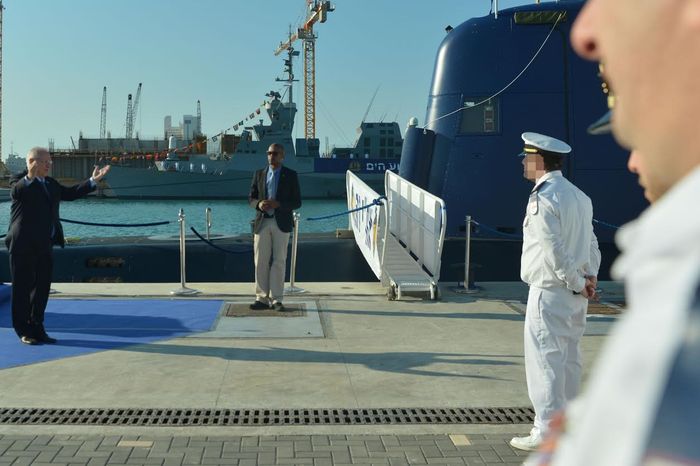 The 2013 purchase of the Dolphin submarines from Germany was made using a steep discount, with the first three submarines being delivered as a gift.

A third of the cost of the new sub will be covered by Germany as part of its military aid to the Jewish state.

The deal between Germany and Israel has been a point of contention within Germany, both due to the hefty price tag as well as the general assumption that Israel modifies the submarines after delivery so they can be armed with nuclear cruise missiles.

According to Israeli military experts, the country’s submarines could be used as a second strike capability in case of an Iranian attack using non-conventional weapons.

Israel has never admitted — or denied — having a nuclear arsenal, but experts believe it has up to 200 atomic bombs and nuclear-tipped long-range missiles.

The INS Rahav is likely the last Dolphin-class submarine to be added to Israel’s fleet for the near future.

A sixth submarine was meant to be delivered from Germany in 2019, but as part of recent cuts in the Israeli military’s new budge, the IDF said it will likely cancel the order. However, the decision to withhold the purchase of the submarine will require a vote by Israeli lawmakers.

Germany to buy Israeli drones which can be weaponized

Meanwhile, Germany said Tuesday that it would buy up to five military reconnaissance drones capable of carrying missiles from Israel until a similar European model has hit the market.

Defense Minister Ursula von der Leyen said that Berlin aimed to ink the deal to buy three to five Heron TP drones this year from Israel’s Aerospace Industries, adding that their weaponization was “important for the protection of our soldiers in deployments abroad”.

She said the procurement was intended to bridge the period until a medium-altitude long-endurance unmanned aerial vehicle (UAV) being developed by France, Italy and Spain is operational, slated for 2025.

The German military, which currently uses Israel’s Heron 1, opted for the Heron TP over the Predator drone from the United States. Sources said the Heron TP would be available more quickly and would make for a smoother transition between models.