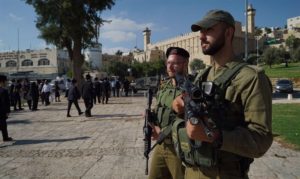 The soldiers quickly spotted the terrorist as he approached them with the knife, and opened fire, killing him.

There were no injuries reported among the Israeli security personnel at the scene.