As part of the agreement, IAI supplied the LRSAM missile, the marine version of the Barak 8 air defense system, to be installed on four Indian Navy vessels. Continue Reading » 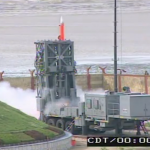 Israel Aerospace Industries signed a new deal this week, designed to equip 4 Indian Naval ships with the Barak 8 missile defense system, which is in addition to the $2 billion contract the IAI inked with India in April, the largest arms deal in the history of Israel’s defense industries.

The Israel Aerospace Industries announced this week that it has won a $630 million contract with the Indian Navy. The deal was signed in addition to a $2 billion contract the IAI inked with India in April, which was the largest arms deal in the history of Israel’s defense industries. Continue Reading »

The Indian gov’t has accepted a $2.5 billion missile deal, capable of shooting down enemy aircraft at a range of 50-70 kilometers, to replace their country’s aging air defenses.

The Indian government has cleared a $2.5 billion deal for its army to buy a medium-range surface-to-air missile defense system from Israel Aerospace Industries, another step toward signing the contract, Indian media reported on Thursday. 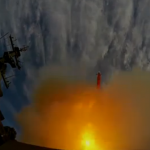 In a joint Israel & Indian development project that is due to become officially operational in both navies within a year or two, the missile is currently installed on at least one Israel Navy ship, and on an Indian Navy ship.

The Israel Navy and Israel Aerospace Industries (IAI) carried out the first successful interception test of the next generation Barak 8 missile system on Thursday, which is designed to protect naval ships and offshore gas rigs from hostile aircraft, missiles, and rockets.

Indian gov’t describes test of IAI’s Barak 8 system, designed to shoot down incoming aircraft or missiles from land or sea platforms as, “a milestone in the cooperation between 2 countries in developing advanced weapon systems.”

The Barak 8 system is designed to shoot down incoming aircraft or missiles from land or sea platforms. Defense industry sources have said the value of the project is $1.4 billion and highlights burgeoning Israeli-Indian defense ties.