Outside of Israel, Christians Are Endangered Species in Ancestral Land

According to the Vicar of St George’s Church in Baghdad, Israel is the single bright spot for Christians in the Middle East, a true bastion for religious minorities.

Egypt’s Christians are being targeted and scapegoated for the ousting of the Muslim Brotherhood. An Egyptian human rights activist tweeted that the Virgin Mary in Minya, one of the oldest churches in Egypt, built in the 4th century, was destroyed by fire yesterday. There have also been media reports about attacks on churches in the city of Suez and other villages. Jason Isaacson, Director of Government and International Affairs for the American Jewish Committee condemned these acts: “Organized violence against Egypt’s Copts, the murder of innocents and destruction of churches, is outrageous and unforgivable.” Continue Reading »

Israel’s Ambassador to Egypt Yaakov Amitai has been summoned by the Egyptian Foreign Ministry for clarification over “inappropriate treatment” of Egyptian diplomats in east Jerusalem over the weekend.

Chapel of St. Helen in the Church of the Holy Sepulcher in Jerusalem – Photo: Wikipedia

The Egyptian authorities are demanding an apology from Israel after three Egyptian diplomats, including Egypt’s Deputy Ambassador to Israel Mustafa Al-Kuny, were reportedly removed from the Easter Mass service held at the Coptic Church adjacent to the Church of the Holy Sepulcher in east Jerusalem on Saturday.

Following the death of the last patriarch, who banned visits to Jerusalem, &  clear lack of policy on the matter by new leader, members of Coptic Church exploit the situation and fly to Israel for Easter.

Some 50 Copts arrived in Israel on Thursday on a direct flight from Egypt to celebrate Monday of the third week of Easter, which takes place on April 15.

Pope and Patriarch of the Church of Alexandria Theodoros II – Photo: EPA

The guests plan to tour holy sites in Jerusalem, despite a prohibition by Pope Shenouda III (the 117th Pope and Patriarch of the Church of Alexandria, who died in 2012) not to visit the Israeli capital as long as the city is under occupation. Continue Reading »

Analysis: The process of Islamization has become an assault on the region’s Christian communities

The Middle East’s Christian population has been gradually dwindling and is on the defensive with respect to its identity – and even its very existence. In the early 20th century Christians made up some 20% of the Middle East’s population. Today they amount to less than 5% of the population. 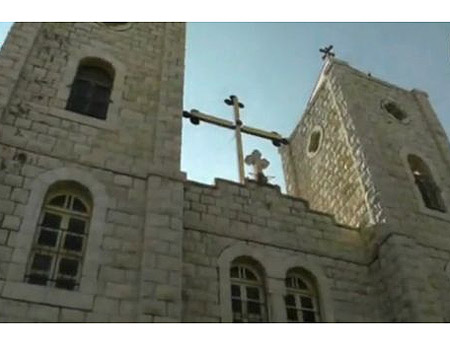 The reasons for the Christians’ crisis in our region are related to their success as a modern group with low growth rate and free immigration to Western countries. Continue Reading »

Nakoula Basseley Nakoula, (not Sam Bacile, who claimed to be an American-Israeli who had Jewish financial backing) a 55-year-old Egyptian Copt living in California, is “saddened” by the U.S. envoy’s murder.

A man who claims to be the producer of an anti-Islam movie that has sparked violent protests across the Arab world and in several Muslim-majority countries says he has no regrets about making the film. “No, I do not regret it. I am saddened by the killing of the ambassador but I do not regret making it,” Nakoula Basseley Nakoula, a 55-year-old Egyptian Copt living in California, told American Arabic-language Radio Sawa. Continue Reading »

17-year-old gets three years for publishing cartoons on his Facebook page mocking Islam and the Prophet Mohammad. 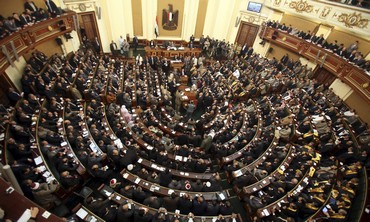 CAIRO – An Egyptian court on Wednesday sentenced a 17-year-old Christian boy to three years in jail for publishing cartoons on his Facebook page that mocked Islam and the Prophet Mohammad, actions that sparked sectarian violence.

Gamal Abdou Massoud was also accused of distributing some of his cartoons to his school friends in a village in the southern city of Assiut, home to a large Christian population and the hometown of the late Coptic Orthodox Pope Shenouda.
Continue Reading »
Category: Mid-East News | Tags: Coptic Christian, Egypt
israelandstuffcom | March 3, 2012
No comments

Actresses, comedians and Christians among the targets of a new rash of accusations of “insult to Islam” in Muslim Brotherhood Egypt.

As Islamist parties gain power in Egypt, the country has seen a wave of lawsuits accusing various figures of “insulting Islam.” In the latest case, a group of lawyers belonging to the Muslim Brotherhood have accused high-profile Egyptian women of provocative behavior.

The lawyers argue that the women “encourage sexuality and other inappropriate behaviors.” The Egyptian paper Al-Bawaba named two of the targets as actresses Ghada Abd al-Raziq and Summaya al-Khashab.