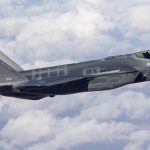 As in all IAF aircraft,  Israeli weapons and aviation systems will be integrated into the stealth aircraft, injecting millions into local economy.

Israel is to purchase 14 F-35 stealth fighters from US aerospace giant Lockheed Martin at a cost of around $110 million each, the defense ministry said Sunday.

“The defense ministry will purchase an additional 14 F-35s for around $3 billion, each plane costing an average of $110 million,” a ministry statement said.

The $2.82 billion deal, which includes other technological and training elements, was signed at the weekend after being approved by a ministerial committee in November.

Analysis: The cost of stealthiness isn’t worth the hype nor the product

Israel slashes the number of stealth F-35 fighter jets ordered from 31 to 14, due to its limited capabilities among other strategic concerns, as well as its price.

By Aharon Lapidot
Something important happened in Israel on November 5 of this year: the ministerial committee for the acquisition of new equipment firmly opposed the defense establishment’s demand for 31 stealth F-35 aircraft on top of the 19 already ordered. Strategic Affairs and Intelligence Affairs Minister Yuval Steinitz led the unprecedented opposition to the deal, which was valued at roughly $4.5 billion, against Defense Minister Moshe Ya’alon.

Somewhat unexpectedly, all the parties to that conflict came out satisfied — at least to all appearances.

Defense Minister acknowledges that this $2.7B deal between Israel & the US for F-35 wing production proves a strong bond with Washington, despite past arguments. As part of the deal, the IDF will receive 19 stealth aircraft at a cost of $2.7 billion, which will be deducted from US aid funds to Israel.

In exchange, every year – starting in 2016 – the new plant is expected to provide about a third of the world’s production of F-35 wings, with about 810 wings per year – a production volume worth roughly 2.5 billion dollars. Continue Reading »

Israel to Get Squadron of F-35 Stealth Jets in $2.7 Billion Dollar Deal

By Uzi Baruch and Tova Dvorin

US-Israeli relations have suffered tremendously over the past month, with the State Department making multiple condemnations against Israel for both building Jewish homes in Jerusalem and for increasing its fight against Palestinian Arab terror.

However, it has not damaged the military cooperation between them, as the Israel Aerospace Industries, together with representatives of the Israeli Ministry of Defense announced Tuesday that Israel will acquire a new squadron of F-35 jets from the US Army and Lockheed-Martin. Continue Reading »

Israel Aerospace Industries’ production line for the F-35 stealth fighter jet wings to open in September, according to IAI CEO Yossi Weiss at the Farnborough Airshow.

“The Defense Ministry’s $250 million debt to Israel Aerospace Industries is burdening its activities,” IAI CEO Yossi Weiss told Israel Hayom at the Farnborough Airshow on Monday. “We are slowing our pace, and even moving people between projects.”

“However, this is a not a lost debt,” Weiss continued. “For our part, we will continue to work and do all that is necessary, particularly given these tough times [the security situation in Israel].

Iranian born, and former US air defense contractor, was caught smuggling boxes of secret blueprints & documents to Iran, including ‘thousands of pages contained in dozens of binders/manuals relating’ to the top-secret F-35 fighter jet that is expected to be sold to Israel.

WASHINGTON – A US-Iranian engineer was arrested at Newark International Airport while attempting to smuggle secret documents to Iran – among them the blueprint for the coveted F-35 multi-role fighter jet, which Israel is set to receive in 2016.

Mozaffar Khazaee, a former US defense contractor employee, was arrested on January 9 at Newark International Airport in New Jersey following the first leg of his flight to Tehran via Germany. Continue Reading »

The Pentagon will manufacture a pilot helmet for F-35 fighter jets co-developed by Elbit Systems, an Israeli company.

The Pentagon’s F-35 program made the announcement late last week, saying it would stop development on a second helmet developed by a British company in order to focus exclusively on perfecting the Rockwell Collins Elbit Systems of America Vision Systems Generation 2, or Gen 2, helmet. 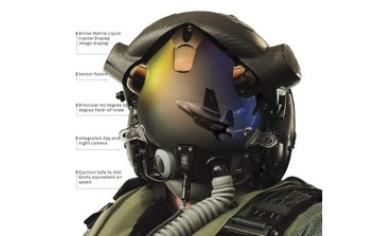 F-35 fighter to Be ‘Cornerstone’ of Israeli Air Force

Israel is one of the first countries on the list to receive the F-35 when America begins shipping to its foreign allies.

Like the F-16 before it, Yaalon said he had no doubt the F-35 would be a great asset and “give the Israel Air Force great operational abilities.” Continue Reading »

The helmet projects all vital information the F-35 pilots need to know onto the helmet’s visor.

By YAAKOV LAPPIN
Israel’s Elbit Systems and US defense firm Rockwell Collins welcomed on Saturday a decision by the Pentagon to go wit their jointly developed helmet mounted display system (HMDS) and include it with all future F-35 fighter jets.

In a statement, Kelly Ortberg, Chief Executive Officer and President of Rockwell Collins, said that the decision “validates the significant achievement” by the development team that produced the helmet, which she said “provides unprecedented situational awareness capabilities in support of the F-35 program.”

Israel is once again taking part in assembling some of the most advanced aircraft in the world.

Israel Aerospace Industries (IAI) signed a contract with Lockheed Martin to produce wings for the F-35 fighter. IAI will begin delivering the F-35 wings in 2015. The contract’s duration is for about 10-15 years, with potential sales reaching $2.5 billion.

The contract marks a key milestone in the existing F-35 cooperation between IAI and Lockheed Martin. Both companies recently began assembling an F-35 wing production line, with IAI investing in the required advanced systems and technologies. Continue Reading »

Fatal flaws within the cockpit of the US military’s most expensive fighter jet ever are causing further problems with the Pentagon’s dubious F-35 program, Israel’s future combat aircraft. 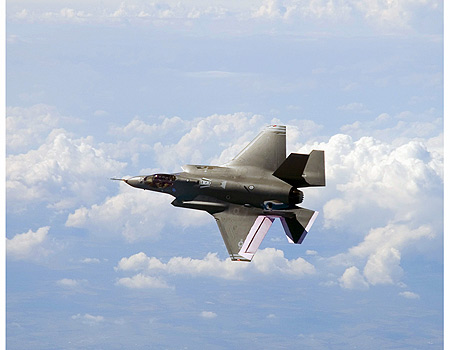 A new report from the Pentagon warns that any pilot that boards the pricey aircraft places himself in danger without even going into combat.

In a leaked memo reported by the RT news agency, a Pentagon official prefaces a report on the F-35 by cautioning that even training missions cannot be safely performed on board the aircraft at this time. Continue Reading »

Lockheed Martin official says Israel’s first F-35 stealth fighter jets will be given to the Israel Air Force in the 2nd half of 2016.

Pilots refer to F-35 as “the iPad-generation aircraft.”

The Israel Air Force will receive its first F-35 fighter jets in the second half of 2016, a Lockheed Martin official said.

The decision to move forward comes despite reports of possible delays and rising costs.

The IDF plans to approve the procurement of a second squadron of F-35 Joint Strike Fighters at a meeting of the General Staff later this month which will convene to finalize the military’s future multi-year program.

Called Oz (Hebrew for Strength), the new multi-year program is scheduled to go into effect towards the end of the year. Chief of Staff Lt.-Gen. Benny Gantz will oversee deliberations on the program over the next few weeks and will bring the final plan to the government for approval. 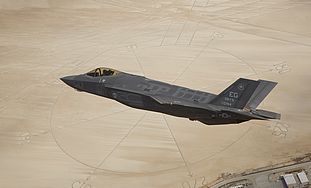 One of the plan’s key elements is expected to be the procurement of a second squadron of F-35s despite reports of possible delays and a rise in cost.