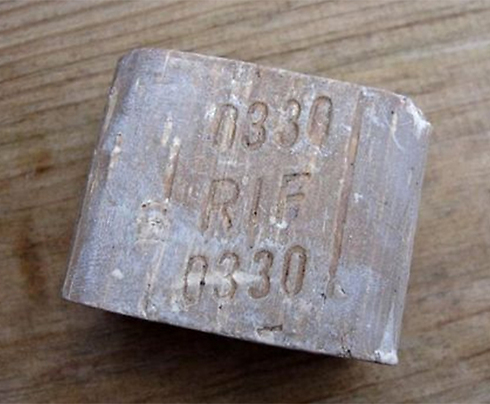 The Dutch parliament passed a motion calling for an end to salaries that the Palestinian Authority pays to terrorists.

A Palestinian protester holds placards during a demonstration to show solidarity with Palestinian prisoners in Israel, outside the Red Cross building in Jerusalem, June 10, 2014. – Photo: Reuters

The motion, which passed unanimously, was supported by the 148 lawmakers who voted on the motion. The Dutch lower house, or the Tweede Kamer, has 150 members.

According to the report, Rutte spoke with Prime Minister Binyamin Netanyahu and clarified that the decision by Vitens, a Dutch water company, to cut ties with its Israeli counterpart Mekorot is inconsistent with government policy.

Rutte reportedly clarified that Vitens would continue to work with Mekorot.

The reason cited for last week’s decision was Mekorot’s presence in areas located beyond the 1949 Armistice lines. Continue Reading »

Dutch premier’s trip to Israel goes sour after ‘Dutch made unexpected demands’ just prior to ceremonial installation of equipment, aimed at easing movement of goods into Gaza.

A visit to Israel by Dutch Prime Minister Mark Rutte Sunday was marred by a dispute over a new security scanner on the Gaza border, an Israeli official said.

Rutte was to have inaugurated the scanner on the frontier with the Palestinian Islamist-ruled enclave, but the ceremony was put off because of the row.

“Installation of the Dutch scanner, which would have been used to verify the contents of containers from Gaza destined for export, was postponed after the Netherlands made unexpected demands,” the official told AFP, speaking on condition of anonymity. Continue Reading »

The Mayor suggested that Mehmet Sahin go into hiding after criticizing youth who praised Hitler on TV, then warned by court to refrain from “insults” when talking to the young Turkish anti-Semites.

Several major Dutch newspapers have published that Dutch-Turkish volunteer Mehmet Sahin, is being harassed and intimidated by other Turks – almost on a daily basis. He had comitted the “sin” of admonishing three youngsters from his community who praised the Holocaust, Hitler and the killing of Jewish babies in February on TV.

*Sahin mentioned that reactions from other Turks included that he “is a Jewish agent,” “psychologically sick,” and “a collaborator.” Continue Reading »

An Orthodox Jew cited religious reasons in court for ignoring the 2005 Dutch law.

AMSTERDAM — A Dutch appeals court has upheld a 60 euro, or $90, fine against an Orthodox Jew who refused to show police an identity card, citing religious reasons.

A windmill outside Amsterdam. – Photo: AP

The Hague Appeals Court ruled that a law which makes it mandatory for all people older than 14 to carry ID cards and show them to police upon request does not have a religious exemption.

The man, whose name was not released due to privacy laws, had argued it was against his religious beliefs to carry anything but his clothing on the Jewish Sabbath. Continue Reading »

The word ‘Jew’, is the new ‘cool’ in Dutch, linguist says

Dutch teenagers use the word “jood” as an expression of enthusiasm.

The kids are also using the Yiddish word “tof” as “good.”

THE HAGUE – Dutch teenagers are using “Jew” akin to “cool” or “awesome” in English, according to a linguist from Leiden University.

Professor Marc van Oostendorp wrote Monday on his blog that he heard the new usage of the word “jood” (pronounced yode) at a high school in Leiden shortly after learning about the phenomenon from an online forum about the Dutch language.“One is at first unsettled by it. The word Jew is still a slightly sensitive issue if used improperly,” van Oostendorp wrote, adding an example of how soccer fans use it as a pejorative.
Continue Reading »
Category: Innovations & Discoveries | Tags: Holland, Jewish World
israelandstuffcom | June 6, 2012
No comments

Slaughter according to Jewish, Islamic law has been a source of some debate after the Animal Rights Party proposed banning the practice.

Dutch Agriculture Minister Hans Bleker signed an agreement with Jewish and Muslim religious leaders and slaughterhouses which will prevent a ban on ritual slaughter.

Under the agreement signed Tuesday, animals can continue to be ritually slaughtered as long as they lose consciousness within 40 seconds of their throats being cut. After 40 seconds they must be stunned, which is prohibited under both Jewish and Islamic law.

A cow. Its Dutch brethren will continue being ritually slaughtered. - Photo by Yuval Tebol

The agreement comes following Animal Rights Party leader Marianne Thieme withdrawal last December of a bill that would have required stunning of all animals before slaughtering, after a majority of senators expressed their objection to the ban on kosher slaughter, or shechitah. Continue Reading »