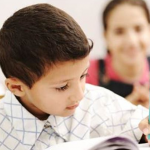 One Jordanian educator wrote, “Our schools spread extremism, as do our universities. Sometimes, a child or youth returns from school or university with horrid ideas that shock even his parents.”

According to unofficial statistics, about 4,000 young Jordanians have so far joined the armed organizations in Syria and Iraq, a figure that places Jordan second only to Tunisia in the number of citizens who have joined these organizations, MEMRI (The Middle East Media Research Institute) has reported. The media watchdog group has published an in depth report focusing on calls in Jordan’s media on the Education Ministry to reform school curricula in light of the problem of youth gravitating toward extremist Islamic ideology. Continue Reading »