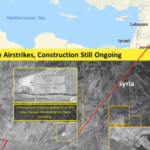 Syrian air defenses responded to an alleged airstrike on the Iraq-Syrian border town of Albukamal just after midnight on Saturday. It is the latest of several airstrikes reported in the same vicinity that are alleged to have struck Iranian-backed groups or bases linked to Iran. Albukamal is a key strategic crossing between Iraq and Syria and could be conduit for weapons trafficking from Iranian-backed groups to Hezbollah or the Islamic Revolutionary Guard Corps in Syria. Continue Reading » 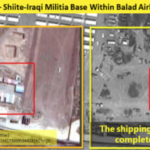 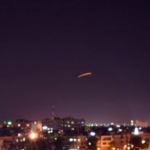 Syrian state TV showed news-clip of the night sky with light flashes and the sound of explosions as air defenses were activated against airstrike.
– Anti-aircraft missile debris fell in open areas of Israel’s Golan Heights.

Syrian state media accused Israel of launching a strike against targets outside Damascus Friday night and claimed the country’s air defenses intercepted a number of missiles.

“Aerial defenses detected hostile targets coming from the direction of Quneitra and intercepted them,” a military source was quoted by Syria’s SANA news agency as saying.

The state television channel showed footage of the night sky with a point of light firing up into it and the sound of explosions. Continue Reading »

The Pakistani intelligence agency known as ISI planned terror attacks on US and Israeli consulates in India reported the Press Trust of India on Sunday.

Indian official sources said that proof of the planned attacks was given during the interrogation of Sakir Hussain, a Sri Lankan national who was arrested on April 29 in Southeast Asia when investigators informed an Indian security agency of his possible connection to planned attacks in India. Continue Reading »