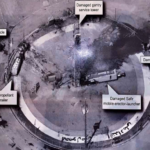 A rocket at an Iranian space center that was to conduct a satellite launch criticized by the U.S. apparently exploded on its launch pad Thursday, satellite images show, suggesting the Islamic Republic suffered its third failed launch this year alone.State media and officials did not immediately acknowledge the incident at the Imam Khomeini Space Center in Iran’s Semnan province. Continue Reading » 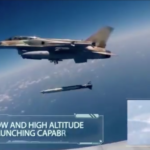 Since there’s only one real military power opposing Iran’s dreams of hegemony in the region, so understandably, there’s one reason for Iran to produce so many ground-to-ground missiles, and that was only made possible by Obama’s removal of international oversight, according to Iran’s Brigadier General, Amir Ali Hajizadeh.

There can be only one real target.

While Iran has many enemies in the Middle East, none but Israel poses any real military obstacle to Tehran’s dreams of hegemony.

With that in mind, Iran’s government-controlled Fars news agency reported on Wednesday that the Islamic Republic has tripled its production of missiles. Continue Reading »