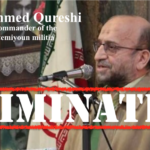 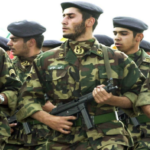 Syrian media reports contaminated water traced to areas south of the capital have mysteriously poisoned IRGC troops and Hezbollah militants, leaving many questions of foul play since Russia has been trying to counter any Iranian presence near Damascus.

According to the reports, the poisoning can be traced to water in one of Damascus’s southern suburbs, although it was unclear why it had been contaminated and whether this was intentional.

According to various reports in the foreign media, the Revolutionary Guards have recently been working on setting up a command center just south of the Syrian capital, to Russia’s chagrin. Continue Reading » 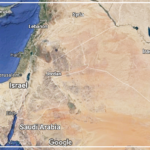 With boundless bluster and bravado, the haughty IRGC Deputy Commander for Operations, Abbas Nilforoushan takes to their local radio with further warnings against those that would attack Iranian forces, claiming, “Israel lacks strategic depth.”

“If Israel makes a strategic mistake, it has to collect bits and pieces of Tel Aviv from the lower depths of the Mediterranean Sea,” IRGC Deputy Commander for Operations Abbas Nilforoushan said in an interview with the IRGC’s Tasnim news agency, as reported by the US-funded Iranian branch of Radio Free Europe/Radio Liberty. Continue Reading » 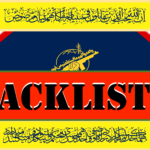