New law will allow conviction without a need to ‘prove intent to harm’ car or passengers and 5 years for throwing a rock at a police officer or his vehicle – interfering in the carrying out of his duty.

The government is attempting to make it easier to convict suspects of throwing rocks at passing cars as well as stiffening the sentence for the crime. A draft of a new law that was circulated on Sunday by the Justice Ministry would make it possible to convict and punish the violators even if the state cannot prove they intended to damage cars or injure passengers.

The proposed legislation is aimed at preventing any future large scale pardoning of convicted Palestinian terrorists for political agenda.

Prime Minister Binyamin Netanyahu threw his support Thursday behind a bill that would enable courts to convict terrorists to life in prison without any chance of a presidential commutation of their sentences, in a move apparently connected to the recent Hamas-Fatah unity pact. 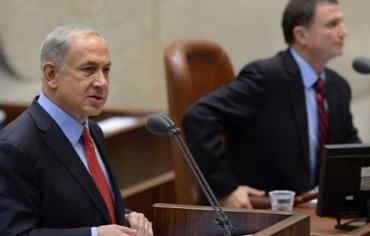 The security cabinet on Thursday decided to bring the proposed law to the government on Sunday, where it will be backed by Likud-Beytenu and Bayit Yehudi ministers. Continue Reading »

The Knesset authorized in a second and third reading an amendment to the Sexual Harassment Prevention Bill, according to which no video or image of sexual character can be uploaded to the internet, specifically to social media. Continue Reading »

Considering the Legality of Israel’s Annexation of the Jordan Valley

Debate in Jerusalem heats up over whether or not Israel has the legal right under int’l law to annex portions of the Promised Land.

With last week’s ministerial vote to being the process of annexing the Jordan Valley, Israeli media has been more vigorously than ever debating the Jewish state’s right to unilaterally lay claim to territory.

Israel’s only previous act of annexation of a previously sovereign territory involved the Golan Heights. That act, which Israel did not technically define as annexation, has been rejected by the international community, but has become a de facto reality on the ground. Continue Reading »

PM Netanyahu seeks incorporating Israel’s Personal Laws in the Area C sections of the West Bank as it is applicable in the rest of Israel.

The government is looking into upgrading through military orders all personal laws for Israelis living in Area C, starting with the workplace, to ensure that they match those legislated by the Knesset for citizens in the rest of the country.

Prime Minister Binyamin Netanyahu asked the Justice Ministry to start the task, at the end of a discussion on the labor law for working mothers in Judea and Samaria, held Sunday at the government’s weekly meeting, an official said.

The UN human rights chief on Thursday criticized Israel’s plan to demolish dozens of Bedouin villages and move up to 40,000 Arab residents to Israeli-built communities. 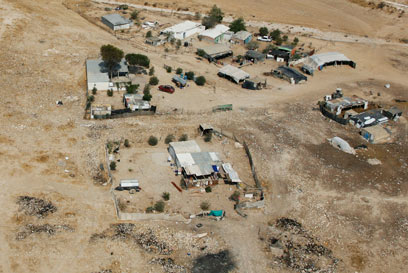 High Commissioner for Human Rights Navi Pillay said the Prawer Bill working its way through the Knesset would wipe out legitimate land claims for the Bedouins in the Negev. Her office said the bill, introduced Wednesday, could pass by the end of July. Continue Reading »

The new legislation allows police to enter home if owner doesn’t respond or if the noise violation may do harm to the public’s well-being.

The Knesset on Monday approved in its second and third readings a bill that allows the police to enter private houses under certain circumstances if they are perceived to be violating noise regulations.

The bill, which was submitted by MK Miri Regev (Likud-Beiteinu), the chairwoman of the Knesset’s Internal Affairs and Environment Committee, was supported by 47 lawmakers. Only four MKs voted against the legislation.

The bill permits police to enter the establishment only if there is reason to believe the noise violation is causing significant harm to the public well-being. Continue Reading »

Professors participating in an international conference at Bar-Ilan University in Tel Aviv this week explained that international law does necessarily support the claim that Israel is imposing a belligerent occupation on Judea and Samaria.

Under the title of “Israel and International Law,” the conference brought together professors of law from around the world to discuss the issue of Israel’s presence in and sovereignty over the so-called “West Bank.”

Prof. Avi Bell of the University of San Diego explained to Arutz Sheva that it is “a mistake to think of this as a simple black and white matter of law. Continue Reading »

Knesset gives approval to bill that would now allow soldiers to sue when slander of the IDF is general and not directed against a specific soldier.

The Knesset has approved a law prohibiting slander of IDF soldiers in an initial vote. The bill was put forth by MKs Yoni Chetboun (Bayit Yehudi), Yariv Levin (Likud Beytenu), and Nachman Shai (Labor).

It has been dubbed the “Jenin, Jenin bill” after the libelous documentary “Jenin, Jenin.” While the documentary was found to have contained lies, including accusations of murder, the soldiers accused were unable to file suit because no one individual soldier had been accused. Continue Reading »

MK Cabel: This is a revolutionary step in animal welfare. Import & marketing of cosmetics and detergents tested on animals officially barred by law.

Look for this icon on your cosmetics – Photo: Shutterstock

The Knesset originally passed the law in 2010. The new regulations take effect on January 1, 2013.

MK Eitan Cabel (Labor), who serves as head of the Knesset’s Animal Rights Lobby, promoted the legislation, which states that “Israel will no longer allow the import and marketing of cosmetics, toiletries or detergents that were tested on animals. Continue Reading »

Models in Israel with a body mass index (BMI) of less than 18.5 will not be shown on Israeli websites, in media, or walk down catwalks at fashion shows.

Starting on Tuesday, female and male models who have a body mass index (BMI) of less than 18.5 may not be shown in the media or on Israeli websites or go down the catwalk at fashion shows.

Every year, an average of 30 young adults and teens die of anorexia or bulimia.

Justices concur, a guilty verdict can be based solely on genetic material in specific cases

The Supreme Court ruled on Monday that DNA evidence is sufficient to convict a defendant of a crime.

The decision, made by justices Edna Arbel, Uzi Fogelman and Zvi Zilbertal, upheld the conviction of a Kiryat Gat resident who was found guilty of carrying weapons, intimidation and possession of stolen goods.

The criminal, Asher Elmaliach, was sent to prison after his finger prints were found on masking tape he used to attach a grenade that he stole from the security forces to the front door of an Ashdod home. Continue Reading »