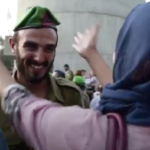 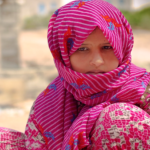 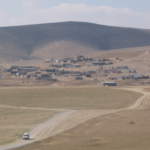 The State Prosecutor’s Office filed an indictment Monday against a resident of the Bedouin diaspora for polygamy, the first to be served by the Southern District Attorney’s Office since the state announced it would begin to enforce anti-polygamy laws prohibiting marrying more than one woman, after the new guidelines went into effect in January 2017. Continue Reading »

As gov’t bulldozers level the illegal, unlicensed structures in the village of al-Arakib near Beersheba, for the 112th time, on grounds that they were unlawfully erected on state land, Arab MK says Construction Minister Yoav Gallant wants to imprison the desert populace in ghettos.

Construction Minister Yoav Gallant on Tuesday sharply criticized an alleged Beduin “takeover” of swaths of the Negev and called for increased settlement of Jews in its eastern part to stem perceived Beduin encroachment there.

The remarks, which raised the specter of intensified home demolitions against the Beduin, were condemned as racist and a false depiction of the situation in the Negev by Balad MK Goumha Azbarga. Continue Reading » 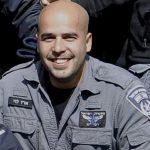 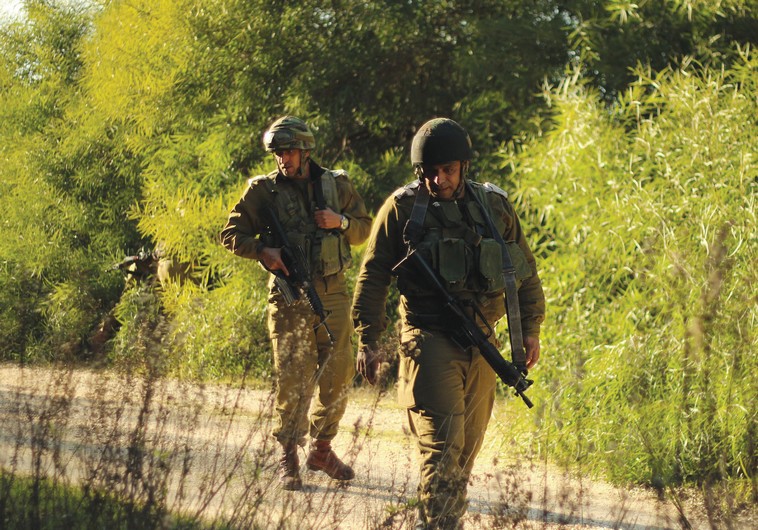 Today, setting off from Kissufim, we will be seeing how they carry out their daily mission and speaking with the volunteer soldiers and commanders as well as understanding the threats and innovations used to counter them. Continue Reading » 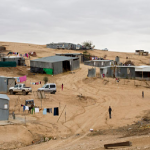 Bedouin leaders published a letter sent to Jordan’s King Abdullah, urging the Kingdom to create special military brigades that will attack and liberate Jerusalem from the Zionists.

More than 50 Bedouin leaders have published a joint statement in which they call on Jordanian King Abdullah to create a military unit tasked with “liberating” Jerusalem.

“Arab regimes in general, and the Jordanian regime in particular have shirked their religious, national, and ethical responsibility towards the most important Arab and Muslim problem, the Palestinian problem,” the statement read, according to the Arabi 21 news site.

“The events in the occupied land and at the al-Aqsa Mosque would not have happened if ti wasn’t for the incompetence of governments and their actions in the service of the Zionists, Americans, and national enemies.” Continue Reading »

SodaStream, which produces machines that allow people to make fizzy drinks, has been targeted by an international campaign calling for boycotting, divesting and sanctioning Israeli companies. Continue Reading »

Incredible short film documenting from discovery to the apprehending of a Palestinian infiltrator from Gaza into Israel.

Ynet’s military reporter was with IDF forces near the border with Gaza when they were alerted that a Palestinian was illegally crossing into Israel. The following video offers an inside look into the challenges faced by the IDF in securing Israel as more and more Gazans attempt to flee a dismal life in Gaza Strip.

Bedouins tell Israel: Polygamy is Natural, Do Not Interfere

Bedouin leaders respond harshly to the minister who dared challenge their right to marry as many women as they deem proper.

Leaders of the Negev Bedouin fired back immediately Sunday at Agriculture Minister Yair Shamir (Yisrael Beytenu), who called Sunday for an end to polygamy in the Bedouin sector. Shamir, who heads the Committee on Regulation of Bedouin Settlement, told a Bedouin group that he is considering reviving a plan proposed in the past to place limits on Bedouin marriage.

MK Taleb Abu Arar (Raam-Taal) responded by saying that he is not surprised by Shamir’s words. Continue Reading »

Controversy continues over the status of Israel’s Bedouin population, after several Israeli Arab MKs protested over an alleged lack of suitable bomb shelters in Bedouin communities in the South.

But the issue of Bedouin communities in Israel is more complicated, according to Regavim, a watchdog group for Jewish national property rights, which released a statement last week condemning the work of non-governmental organizations (NGOs) to bring the matter to the Supreme Court. Continue Reading »