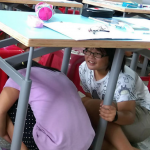 The Israeli donation of 117 earthquake-resistant tables, given to a school in the city of Tainan, is in memory to the 117 victims of the earthquake that hit the country in February.

Israel has given Taiwan a donation of 117 earthquake-resistant tables, as a gesture of solidarity with the country ahead of its independence day on October 10, and in commemoration of the 117 victims of the quake that hit Taiwan in February.

Each Israeli earthquake-resistant table can support loads of up to a ton before collapsing. – Photo source: Ynet

The tables will be used by three schools in the city of Tainan, which was damaged in the earthquake. Continue Reading » 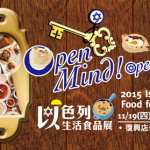 The food festival, that was initiated by the Ministry of Economy’s office in Taiwan and Israel’s Export Institute, is part of a concerted effort to break through to new markets in East Asia. Continue Reading »