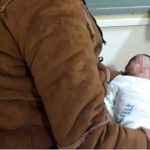 In a US Embassy statement, about 3,500 Syrian injured have sought and received treated in Israeli hospitals, including over 1,000 at Ziv Medical Center in Israel’s Galilee.

The world should hear about Israel’s quality treatment of Syrian patients in its hospitals, US Special Representative for International Negotiations Jason Greenblatt said on Tuesday after visiting Ziv Medical Center in Safed.

“These are the stories of Israel the world needs to hear, and stories like this show how peace in the region can be possible,” Greenblatt said after visiting the hospital, which has taken care of hundreds of Syrians wounded in their country’s civil war. Continue Reading »

Israel’s PM Netanyahu to meet with Putin in Sochi, then Kushner in Jerusalem

PM Netanyahu is to meet Russia’s President Putin in the resort city of Sochi and afterwards with President Trump’s US envoys to discuss Iran, Syria, and how to persuade the Palestinian autocrat Mahmoud Abbas, to engage in peace talks.

Israeli Prime Minister Binyamin Netanyahu and Russian President Vladimir Putin will meet on Wednesday in the Russian city Sochi, near the Black Sea.

The two leaders will speak about regional developments, especially in light of Israel’s concern that Iran’s influence in Syria is growing.

“In the past two years Prime Minister Netanyahu has met with Russian President Putin every few months in order to discuss bilateral and regional issues and in order to prevent friction between the Israeli and Russian air forces in Syria, so far successfully,” a spokesman said. Continue Reading » 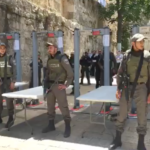 In an agreement facilitated by Jason Greenblatt, U.S. President Donald Trump’s Mid-East envoy, the Temple Mount’s magnetometers will be replaced with advanced technologies according to Monday night’s decision from Israel’s Security Cabinet, with an allocated budget of up to 100 million shekels for the sophisticated optic & thermal devices.

The Security Cabinet decided on Monday night to remove the metal detectors from the Temple Mount.

In a statement, the Cabinet said it “accepted the recommendation of all of the security bodies to incorporate security measures based on advanced technologies (“smart checks”) and other measures instead of metal detectors in order to ensure the security of visitors and worshippers in the Old City and on the Temple Mount.” Continue Reading » 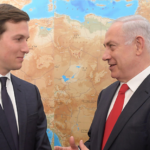 The official said that Kushner is working with Israel, the Palestinians and Jordan in an effort to solve the current calamity together with Trump emissary Jason Greenblatt and Ambassador David Friedman.

US President Donald Trump’s special advisor and Middle East Envoy Jason Greenblatt told a Palestinian delegation in Jerusalem Tuesday that Israel had committed to slowing down the pace of construction in the West Bank during peace negotiations, according to a report published in the London-based Arabic language newspaper Al-Hayat.

After the report was published on Wednesday morning however, the Prime Minister’s Office issued a statement flatly denying the claim: “There is no such commitment,” the statement read. Continue Reading » 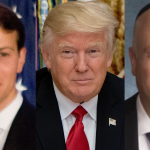 Jason Greenblatt, who arrived in Israel on Monday is scheduled to hold meetings in Jerusalem & Ramallah until the arrival on Wednesday of Trump’s son-in-law adviser and all-around trouble-shooter, Jared Kushner, “in trying to achieve the ultimate deal,” said former US ambassador Dan Shapiro, in a conference call on Monday.

US President Donald Trump, in the thick of all kinds of investigations at home, has managed to create leverage in the Middle East. But it is the type of leverage that needs to be used quickly before it dissolves.

That at least is how former US ambassador Dan Shapiro looks at the Trump administration’s continuing diplomatic push in the region – one that will be reinforced Wednesday with the arrival of Trump’s son-in-law, adviser and all-around trouble-shooter, Jared Kushner. Continue Reading » 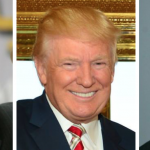 Mahmoud Abbas said the Arab League summit on Wednesday confirmed that the Arab world had a “clear” vision for peace on the basis of two-states.

President Donald Trump is “serious” about solving the Israel-Palestinian conflict, Palestinian leader Mahmoud Abbas said ahead of a meeting with the US leader.

“The US administration of President Donald Trump is seriously considering a solution to the Palestinian issue,” Abbas told AFP late Wednesday after a meeting of the Arab League in Jordan.

Abbas met with Trump’s Middle East envoy Jason Greenblatt before leaving for the summit and said contacts with the administration were ongoing. Continue Reading » 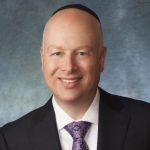 Jason Greenblatt, US President’s special representative for int’l negotiations was Donald Trump’s business real estate lawyer & closest advisor for over the past 20 years, is scheduled to meet with PM Netanyahu in Jerusalem, and then with autocrat Abbas in Ramallah.

Greenblatt is scheduled to meet with Prime Minister Benjamin Netanyahu in Jerusalem, and with Abbas in Ramallah. Continue Reading »

WATCH: Trump aid says, ‘Jewish settlements are not seen as obstacle to peace’

Greenblatt: US President-elect Donald Trump won’t impose a “peace process” on Jerusalem. “He thinks that Israel is in a very tough situation and needs to [do what it has to in order] to defend itself. He is not going to impose any solution on Israel. He thinks that the peace has to come from the parties themselves.”

Jason Greenblatt, one of US President-elect Donald Trump’s close advisors, spoke with Army Radio this morning about Trump’s future stances with respect to the Jewish State.