Tag Archive for Jericho I missile 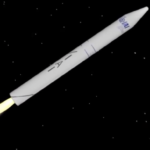 Al Mayadeen reported that two Jericho I missiles were launched, with one of them intercepted by the Russian aerial defense system Pantsir-S1, which was deployed to Syria to protect Russian military personnel in the war-torn country.According Continue Reading »