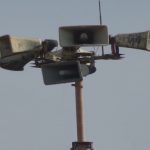 The Egyptians have a ‘muezzin bill’ debate of their very own: a dispute has broken out over the past day after Egypt’s Minister of Religious Endowments legislated to ban the use of loudspeakers by mosques during Taraweeh prayers – a special prayer only recited during the Muslim festival of Ramadan that is read following the fifth prayer of the day. Continue Reading »

Turkey crusades Palestinian cause by rebuilding 9 Gaza mosques for Hamas

Bogged down in its domestic Kurdish insurgency, attacking rebel forces, Islamic State and dealing with Syrian refugees, Turkey’s ruling party AKP feels need to champion Palestinian cause to reflect its self-perception as defender of Islam.

The Turkish government has its hands full with the ongoing war next door in Syria and with its domestic Kurdish insurgency, yet it continues to maintain a foot in the Palestinian pie.

The Turkish government will begin rebuilding nine mosques that were damaged during fighting in the 2014 war in Gaza, the Hurriyet Daily News reported on Monday. 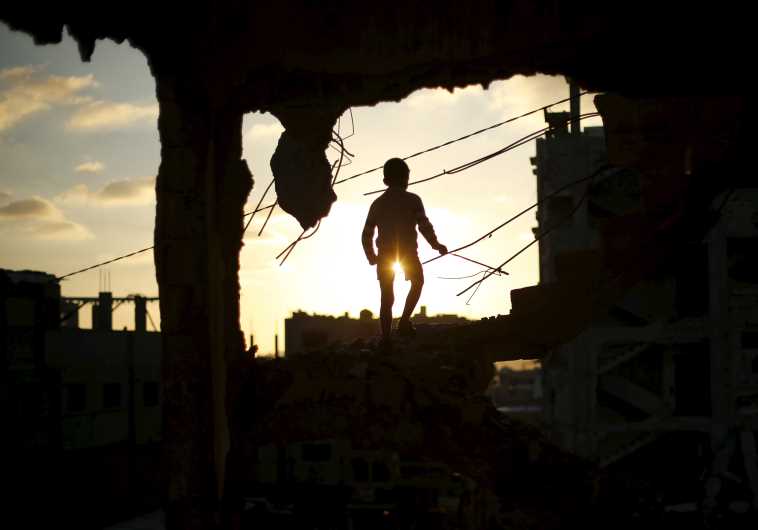 A Palestinian boy plays at a house that witnesses said was destroyed during Operation Protective Edge in the east of Gaza City.

PA to UNESCO: Israel’s Targeting Gaza Mosques for Destruction is a War Crime

Although the IDF did not comment on the matter, it’s no secrete Israel has in the past mentioned how Hamas has stored weapons in the mosques.

The destruction of 41 mosques over the last five weeks during Israel’s military operation in Gaza is a war crime, the Palestinian Authority Tourism and Antiquities Ministry charged on Thursday. 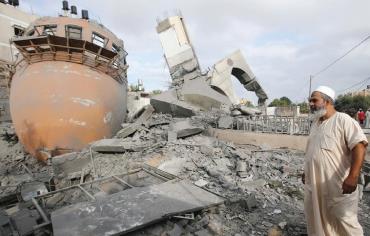 A PALESTINIAN man walks past the remains of a Khan Yunis mosque in the southern Gaza Strip early this week, which witnesses said was destroyed in an Israeli air strike. – Photo: REUTERS

It added that another 120 mosques and shrines were partially destroyed. Continue Reading »

Despite existing noise pollution laws, non-Muslim residents of Israel’s capital are forced to endure dozens of mosques blasting their electronic call to prayer.

Israel is home to some 1.5 million Arabs, many of them Muslims, so hearing the Muslim calls to pray blasted from the minarets of local mosques is not uncommon. But in some areas the noise pollution can be unbearable, and such is the case in the northern Jerusalem neighborhood of Pisgat Ze’ev.

Bordered on two sides by densely-populated Arab neighborhoods, the residents of Pisgat Ze’ev are forced to hear these calls to prayer, the first coming at the crack of dawn, from not one, but dozens of mosques. Continue Reading »