Chief IDF Rabbi Rafi Peretz makes controversial comments on Muslims’ relation to the Temple Mount and Jerusalem: ‘In the Qur’an, the word Jerusalem isn’t mentioned a single time, and that most Muslims have no idea what’s written in Qur’an.’

“In the Qur’an, the word Jerusalem is not mentioned even once. Nothing. It’s not even hinted at,” Chief IDF Rabbi Rafi Peretz was recorded saying in an explosive comments first broadcast by Israeli media. 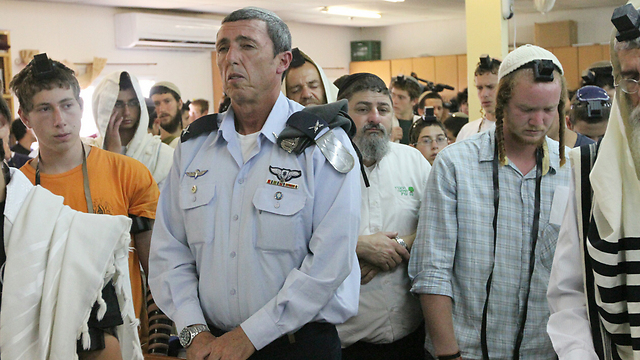 Speaking to a group of seminary students, Peretz said also said that “90% of Arabs have no idea what is written in the Qur’an,” the Channel 10 recording revealed. Continue Reading »

Al Quds Al Arabi, pre­vi­ously known for its hos­tile posi­tions toward Israel, changed its own­er­ship & editor last year. These changes may explain the deci­sion to repub­lish the article.

The deci­sion to re-publish a cri­tique of anti-Semitism by Al Quds Al Arabi, the third largest cir­cu­lated off­shore pan-Arab news­pa­per accord­ing to the Carnegie Endow­ment for Inter­na­tional Peace, could sig­nal a move toward greater plu­ral­ism and diver­sity of views in the Arab press, which is often dom­i­nated by anti-Jewish and anti-Israel narratives.al-quds-al-arabi-sinem-tezyaparin-jew

Arab jour­nal­ism has been a major plat­form for impor­tant debate and dis­cus­sion about the ques­tion of reli­gious intol­er­ance in con­nec­tion with dis­crim­i­na­tion against Mus­lims and the defama­tion of Islam. Continue Reading »

My View from Istanbul: When, How Did Hatred Become a Religion?

For some, religious devotion has long been “hatred”. If a Muslim hates Jews, Christians, Zionists and Freemasons, then that is considered being devout. Some religious teachers and people who claim to be scholars have enjoyed a great deal of success in that way; they have made a niche for themselves and so much so that the more they have expressed a policy of hatred of Jews, the more crimes they have laid at America’s door, and the more damage they have inflicted on other schools, the more admiration they have acquired. Continue Reading »

For some Muslims, ‘Zionism’ means something completely different

After 1000’s of years, we are now witnessing God’s promise in the Qur’an & in the Torah, with our own eyes, in the return of the Jews to Israel.

Many Muslims dislike the word “Zionism.” A great many of these are actually people who like Jews. They have no complaint about the existence of Israel. But they always object to the word Zionism. In their eyes, Zionists are bad people who cause war and unrest. Zionists are supposedly even behind many tragedies in the world. 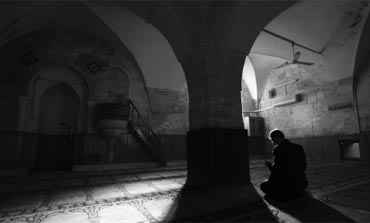 A mosque in Turkey – Photo: Reuters

The reason for this is that for years the name Zionism has been thought to be part of the different and false belief known as “goyim.” Continue Reading »

If a Muslim should see a Jewish child hiding behind a stone & suddenly a mysterious voice comes from that stone, one can safely presume that he is suffering from an auditory hallucination.

If someone tells me, “Come here, there is a Jew here, come and kill him,” I would regard this individual as a psychopath, as no rational Muslim would do that. Even if the Jewish person in question is someone who has committed a crime, he should be put on trial and sentenced by a judge. There is a legal system and he would be punished for the particular crime he commits. Continue Reading »

Educating Muslims on the Qur’an

Anti-Jewish slogans of an Egyptian Muslim cleric and past statements by President Morsi to “nurse our children and our grandchildren on hatred” for Jews have come to the fore in the recent days. As it is well-known, anti-Jewish propaganda is not limited to Egypt. Millions of Muslims all over the Middle East have been conditioned to regard Jews not only as the enemies of them but also of all humanity, and hatred for Jews can be found even in textbooks of children going to kindergarten. Continue Reading »