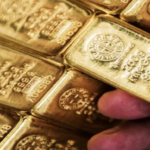 Detained by US agents, the three-man Venezuelan crew was arrested holding gold ingots packed in expensive suitcases, with a value of over 50 million dollars.

The Simon Wiesenthal Centre has been monitoring the flow of Venezuelan gold to the Middle East following a claim that some ingots bore Nazi German markings, possibly “Zahngold” (gold teeth pulled from the mouths of Jewish cadavers between the gas chambers and the crematoria).

The Centre’s Director for International Relations, Dr. Shimon Samuels, described “a pursuit that led to a mix of ‘Congo conflict gold’ with Venezuelan shipments arriving on Russian aircraft to Entebbe, Uganda”… “There it was melted into new ingots by a Belgian company. Continue Reading »

JTA – A Latin American Jewish group has called for the removal from office of a Venezuelan lawmaker who said during an interview that “Zionists” were the main financiers of Hitler.

Zabayar (center) was part of Chávez’s delegation that visited Assad in Damascus in 2009, on a tour that included stops in Libya, Algeria, and Iran – Photo source Girish-Gupta

Congressman Adel El Zabayar, a member of Venezuela’s National Assembly, told the Hezbollah-sponsored Al Manar TV headquartered in Lebanon that: “In order to understand what is happening today in the Middle East and what happened in the world in the First and Second World Wars we must examine the original Zionist conspiracy If we look into who financed Hitler before WWII we will see that the main financiers were the Zionists.”

Joining Turkey, another of Israel’s foes, Venezuela condemns Israeli ‘genocide’ & ‘extermination’ in Gaza, in latest round of int’l condemnations.

By ReutersTurkish Prime Minister Tayyip Erdogan accused Israel on Saturday of having “surpassed Hitler in barbarism” through its attacks on Gaza, but warned Turks against taking out their anger on the country’s Jewish community.

Erdogan continued to ratchet up his rhetoric against the Jewish State over its offensive, threatening to further harm to already badly frayed relations between the two countries, once regional allies.Meanwhile, Venezuela’s socialist government condemned Israeli strikes in Gaza on Saturday as a policy of genocide that could not be justified as like-for-like warfare. Continue Reading »

With Venezuela collapsing into chaos, Jewish numbers are dwindling

The Venezuelan Jewish community has shrunk by more than half. Now at about 7,000, down from 25,000 in the 1990s, many of those who left were community leaders.

(JTA) — They left after Venezuelan secret police raided a Jewish club in 2007, and after the local synagogue was ransacked by unidentified thugs two years later.

A man uses a slingshot against national guard troops following one of the largest anti-government demonstrations yet on March 2, 2014 in Caracas, Venezuela. – Photo: John Moore/Getty Images

They left after President Hugo Chavez expelled Israel’s ambassador to Caracas, and when he called on Venezuela’s Jews to condemn Israel for its actions in Gaza in 2009. Continue Reading »

Category: The Diaspora | Tags: anti-Semitism, Venezuela
israelandstuffcom | May 15, 2013
No comments

Venezuelan President Nicholas Maduro, denying that his government has an anti-Semitic bent, said his grandparents were of Sephardic Jewish descent.

“My grandparents were Jewish, so many of the Maduros, same as the Moors [Muslims], converted to Catholicism in Venezuela,” Maduro told Apporea, a pro-government media outlet, last week. “The mother of the Minister of Communication and Information Ernesto Villegas is of the same tradition.”

During the interview, Maduro rejected allegations he attributed to Claudio Epelman, executive director of the Latin American Jewish Congress, that his government was anti-Semitic.