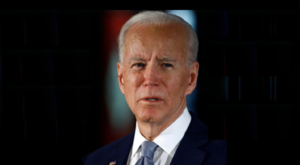 Israel was represented by then-Ambassador Ron Dermer and Indonesia by Minister Mohamed Lutfi. To secure peace, Boehler told Bloomberg News last December, the US would be willing to provide Indonesia with an additional “one or two billion dollars” in aid. Indonesia was interesting in Israeli technology and even wanted the Technion to open a campus in Jakarta. It wanted visa-free travel to the Jewish state and Arab and US investment in its sovereign wealth fund. Israel wanted Indonesia to end its economic boycott of the Jewish state. Direct flights from Tel Aviv to Bali were on the table.

The advantages of peace between Israel and Indonesia for both sides are self-evident. But such a peace would also pay a huge dividend to the US in its burgeoning cold war with China. An expanded strategic and economic partnership with the archipelago and ASEAN member would be a setback for China’s efforts to dominate the South China Sea, particularly with Indonesia playing a role in an Islamic-Israeli alliance led by the US.

“We got the ball on Indonesia and Israel to the first-yard line,” the official explained. Unfortunately, the Biden administration has dropped the ball on the ground and walked off the field.

On the surface, the Biden administration is interested in promoting peace. President Biden and Secretary of State Antony Blinken have praised the Abraham Accords, as well they should.

For 26 years, the Arab conflict with Israel was ignored and left to fester. Then suddenly, in Trump’s last year in office, the situation was reversed as four Arab states rapidly normalized their ties with Israel. Expanding the accords to Indonesia, with its massive population and strategic location outside the Middle East would transform a strategic regional shift into a game-changer throughout Asia.

But despite the strategic logic of expanding the Abraham Accords and the praise Biden and Blinken have given them, starting in its first week in office, the new administration’s actions have served to undermine the accords by removing their American foundations.

A week into the Biden administration, the State Department announced it was “placing a hold” on the $23 billion sale of F-35s to the United Arab Emirates. The move was presented as “a routine administrative action typical to most any transition.” 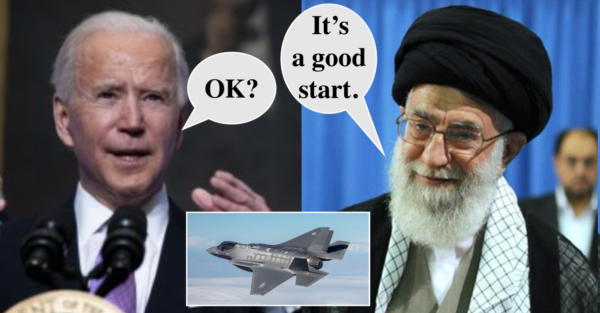 Like Biden’s mentor Obama, Bumbling Biden seeks to make a deal with Iran’s Khamenei, at any price.

But suspending the sale was a strategic move, not an “administrative action.” The normalization deal between Israel and the UAE was a three-sided agreement. The Americans were full participants. The F-35 sale was America’s way to solidify the UAE’s membership in an American-led regional alliance of which the Abraham Accords were an expression. Suspending the deal indicated that unlike its predecessor, the Biden administration will not work to strengthen its alliance with the Sunni Arabs and Israel, and will not fulfill the commitments that the Trump administration took on to develop and maintain that alliance through Arab-Israeli peace.

Biden’s abandonment of the Abraham Accords can be understood in the context of US politics. In keeping with the expectations of Democrat voters, Biden and his team are making efforts in domestic and foreign policy to erase the entirety of Trump’s record in office. Although remaining a party to the Abraham Accords and expanding them to Indonesia and beyond would probably win Biden the Nobel Peace Prize, it would put him in the partisan doghouse for the crime of failing to kill something Trump created.

But while political logic exists, not everything is political. For Biden and his administration, ideology trumps politics.

From their first days in office, senior Biden administration officials have pledged to restore US funding of the PA. There are significant legal roadblocks to implementing that pledge because so long as the PA continues to pay the salaries of terrorists and advances war crimes allegations against Israel before the International Criminal Court, the US is barred from funding it or reopening the PLO representative office in Washington. But all the same, the administration is intent on moving forward.

The administration’s intense desire to empower the PA despite the legal roadblocks indicates one aspect of its opposition to the Abraham Accords. The accords weaken the PA by removing its power to block Arab and Islamic states from making peace with Israel.

For decades, as Israel’s Palestinian “peace partner” spurned peace and waged terror and political war against Israel, the Arab states accepted that peace between themselves and Israel had to wait. By ignoring the US obligations to Abraham Accords partners and pushing to restore US support to the PA despite its illegality, the administration signals its desire to restore the Palestinian veto. 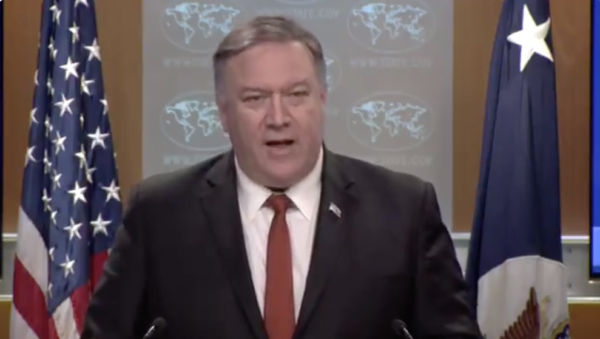 The Abraham Accords represent an even greater problem for the administration’s efforts to empower Iran. In a speech on Monday, former secretary of state Mike said, “The Abraham Accords would not have happened … without the United States changing its policy with respect to Iran 180 degrees from how the previous administration had addressed the issue.”

Now that the Biden administration wishes to move US policy 180-degrees backward to reinstate the Obama administration’s Iran policies, the Abraham Accords are a nuisance.

Hours before Biden and his advisers accused Saudi Crown Prince Mohammed Bin Salman (MBS) of approving Jamal Khashoggi’s murder at the Saudi consulate in Istanbul in 2018, i24News reported that Israel, Saudi Arabia, the UAE and Bahrain were forming a military alliance against Iran. While the events may or may not be related, both make clear why the Biden administration doesn’t want Arab-Israeli or Muslim-Israeli peace deals. The deals impede the administration’s efforts to empower Iran.

All these transactions were BLOCKED by Trump. 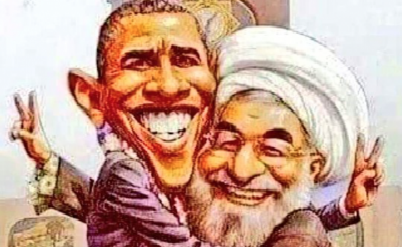 Biden’s declared goal vis-à-vis Iran is to restore Iranian compliance and US participation in the 2015 nuclear deal forged by the Obama administration. The so-called Joint Comprehensive Plan of Action places temporary limitations on Iranian nuclear activities in exchange for a massive inflow of capital. To convince Iranian leader Ali Khamenei to get on board, the new administration has provided a near-continuous stream of concessions to Iran and its Yemeni proxy, the Houthis.

It removed the Houthis from the State Department’s list of foreign terror organizations and suspended arms sales to Saudi Arabia. The administration’s campaign against MBS is an obvious effort to unseat him and replace him with a less stridently anti-Iran leader. This week the administration’s green-lighted South Korea’s agreement to pay Iran some $7 billion in exchange for the release of a South Korean ship and its crew that Iran unlawfully seized and has held captive since early January.

Not only has Iran rejected America’s gestures, but it is also expanding its regional aggression and sprinting to the nuclear finish line. In recent weeks the Iranians attacked the Israeli embassy in New Delhi. They damaged an Israeli-owned ship in the Persian Gulf. And there is growing suspicion that the massive oil spill off Israel’s coast last month which caused massive ecological damage to marine life and to Israel’s coastline was an act of environmental terrorism carried out by a Libyan ship smuggling crude oil from Iran to Syria.

Iran’s Houthi proxies have expanded their missile strikes against Saudi Arabia since coming off the US. terror list. And while the US uses MBS’s alleged role in killing Khashoggi to justify downgrading its relations with Saudi Arabia, the Iranians are killing scores of democracy protesters in its Baluchistan province. Whereas Khashoggi was a former Saudi intelligence officer and ally of Osama bin Laden who was working with Qatar to undermine the Saudi regime at the time he was killed; the Baluchis are innocent civilians whose sole crime is opposing the repressive regime.

As far as Iran’s nuclear program is concerned, in recent days, the Iranians canceled snap inspections of their nuclear sites by UN nuclear inspectors. The International Atomic Energy Agency released a report accusing Iran of carrying out prohibited nuclear work at four undeclared nuclear sites. Khamenei has threatened to escalate Iran’s uranium enrichment levels to 60%. And rather than respond by escalating sanctions against Iran, the EU – presumably with US approval – has scrapped plans to condemn Iran for its illegal behavior at the IAEA’s Board of Governors’ meeting this week.

In a press briefing Monday, State Department Spokesman Ned Price said, “We seek to accomplish a great deal with the Saudis: To end the war in Yemen and ease Yemen’s humanitarian crisis; to use our leadership to forge ties across the region’s most bitter divide, whether that’s finding the way back from the brink of war with Iran into a meaningful regional dialogue or forging a historic peace with Israel.”

In other words, the administration holds the Saudis solely responsible for the war in Yemen. It also blames Saudi Arabia (and presumably, Israel, the UAE and Bahrain) for being at “the brink of war with Iran,” rather than blaming Iran for bringing the region to the “brink of war” through its terrorist aggression and illicit nuclear activities.

The order of Price’s “to-do” list made clear that reaching “a historic peace” between Israel and Saudi Arabia is the administration’s lowest priority.

Price served as National Security Council spokesman during the Obama administration. There he played a key role in marketing the JCPOA and developing what his colleague, then deputy national security adviser Ben Rhodes referred to as the information “echo chamber” for selling the deal to ignorant reporters in Washington.

Last year, in a speech before the National Iranian-American Council, (a group widely viewed as the Iranian regime unofficial lobby in Washington), Price said that a Biden administration would remove the Iranian Revolutionary Guards Corps from the State Department list of foreign terror groups.

Taken together, the administration’s moves make clear that beyond paying occasional lip service to the Abraham Accords, ending the Arab and Islamic world’s conflict with Israel and forging a wider peace between them is not a goal it wishes to pursue. Indeed, for Biden and his advisers, Arab-Israel peace is an impediment to their ideologically motivated efforts to empower the PLO and Iran.