Israel’s channel 2 reported that Israel has sent messages to the Jordanian King that the Waqf was allowing armed rioters sleep in al-Aksa to continue the violence.

Following Jordanian King Abdullah II’s criticism of Israel over recent violence on Jerusalem’s Temple Mount, Israel reportedly responded to the monarchy and indicated that Jordan itself was allowing the status quo at the site to be broken.

According to a Channel 2 report on Monday, Israel communicated to Jordan that it should not be shirking its own responsibility at the Temple Mount and that it was in fact the Jordanian Waqf that has allowed the rioters who were armed with stones to sleep in al-Aksa Mosque. 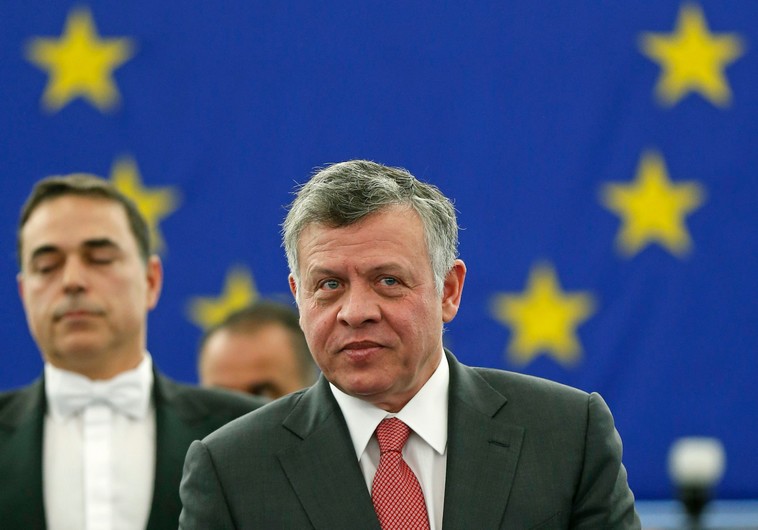 Abdullah on Sunday indicated to a visiting delegation of Arab MKs from the Joint List that he was following events on the Temple Mount closely and it would be an important subject in meetings with world leaders at the UN next week.

The king told the delegation of five visiting Joint List MKs that the Aksa Mosque was a place for Muslim prayer, with no division or partnership.

Tensions have been focused on the Temple Mount compound in Jerusalem, the most sacred site in Judaism and where the temples once stood. It also houses the Aksa Mosque and the Dome of the Rock, which are sacred to Muslims.

Last week Abdullah warned Israel that any further “provocation” in Jerusalem  would damage ties between the two countries, AFP reported.

“Jordan will not have a choice but to take actions, unfortunately,” he said at a press conference in Amman with visiting British Prime Minister David Cameron.

Lahav Harkov and Ariel Ben Solomon contributed to this report.