Five operational structures, the 38,000 ton topsides of the Leviathan platform, will make the approximately 11,500 kilometer cross-Atlantic journey, with the remaining barges due to set sail from Texas in the coming weeks. Continue Reading » 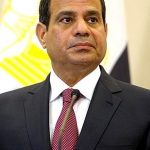 The Delek energy group just signed a 15 year deal that will see the sale of Israel’s natural gas worth $10 billion to the Hashemite Kingdom of Jordan.

Israel’s Delek Group, one of the developers of the country’s biggest natural gas reservoir, says it has signed a deal to sell gas to neighboring Jordan.

Delek Drilling CEO Yossi Abu hailed the “historic” deal and said developers of the Leviathan reservoir would pursue similar agreements with others in the region, including Egypt, Turkey and the Palestinian Authority. Continue Reading » 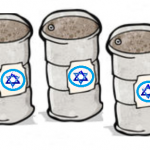 A geological survey conducted at the Halamish drilling site, located within Hatrurim’s 94 square kilometer (36 square miles) license, estimated that there was between 7 and 11 million barrels of oil in the deposit, worth some 1.2 to 1.8 billion shekels ($316 – 474 million). Continue Reading »

Israel took in NIS 744 million ($188 million) in royalties for offshore gas fields – a 39% increase over the year before. That, however, is a drop in the bucket compared to the NIS 3.2-3.4 billion (about $750 million) expected by 2019, the Energy and Water Ministry said Sunday.

The 2013 and 2014 royalties came mostly from the Tamar and Yam Thetis gas fields. Continue Reading »