Abbas’ gov’t expressed its displeasure over what it considers Israel’s lack of appreciation at receiving Palestinian firefighters.

The Palestinian Authority was reportedly irked that it did not receive what it saw as a proper response from Israel thanking its firefighters for their efforts to battle raging blazes across the country in recent days.

“Palestine’s decision to assist in efforts to extinguish the fires in Israel was conducted in line with their humanitarian principles, rules and obligations, and not with the expectation of receiving thanks from the Israeli government,” the PA Foreign Ministry said on Monday. 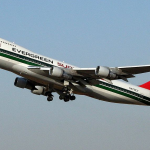 Azerbaijan has dispatched a fire plane to Israel on Friday, it was reported across various Israeli media, joining 16 other foreign planes currently active or in transit to combat the wave of flames that has engulfed much of Israel since Tuesday.

In other news, the 747 “Super Tanker” is expected to land in Israel from the US at around 19:00 Friday night. Continue Reading » 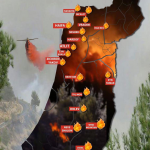 Police catch 8 suspects in northern Israel, believed to be responsible for many of the over 200 pyro-terror fires raging throughout Israel.

Police arrested eight individuals believed to be responsible for some of the hundreds of fires sparked across the country over the past three days.

The eight are suspected of operating across northern Israel, setting multiple fires in the midst of a long dry spell, that, along with strong winds, has made for rapid spreading of blazes around the country.

Prior to the series of fires which broke out in Haifa on Thursday – and are also believed to be the result of Arab arson – buildings across the Galilee and in Atlit and Zichron Yaakov were damaged. Continue Reading » 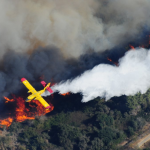 Israel’s allies send firefighting aircraft to the Jewish State as emergency service teams are battling upward of 220 blazes nationwide in the past two days, with thousands being evacuated.
• Authorities suspect arson in half of the cases.

Numerous firefighting teams, assisted by military firefighters and aircraft have been battling the flames since Tuesday. Continue Reading » 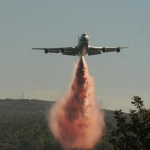 The world’s largest fire-fighting supertanker set to land at Israel’s Ben-Gurion Airport Friday to extinguish the hundreds of fires burning throughout the Jewish State.

The 747 Supertanker, the world’s largest fire-fighting aircraft, will arrive in Israel on Friday to help put out the many wildfires that have struck the country.

Prime Minister Benjamin Netanyahu said at a press conference on Thursday that he had ordered authorities to bring the American plane to Israel as quickly as possible.

In 2010, the Supertanker arrived in Israel in the final days of the Mount Carmel forest fire, in which 44 people died, and was no longer really needed. Continue Reading »

Israel said Saturday it was sending firefighting planes to a blaze in Cyprus, returning the neighboring island’s helping hand when the Jewish state suffered a devastating forest fire in 2010.

“Prime Minister Benjamin Netanyahu has ordered that firefighting planes be sent to Cyprus to help put out a giant fire that is raging in Paphos,” on the island’s west coast, Netanyahu’s office said.

It said the decision followed a formal request from the Cyprus government. Continue Reading »

Students return after evacuation because of huge fire in Northern Israel

4 firefighting aircraft were called in to protect the homes & dormitories adjacent to Tel Hai academy and extinguish the wildfire that engulfed the hills surrounding Kiryat Shmona.

A huge fire erupted Sunday afternoon near Kiryat Shmona, leading authorities to begin evacuations in the city’s Bimat Tel Hai neighborhood and the campus of the Tel Hai academy. 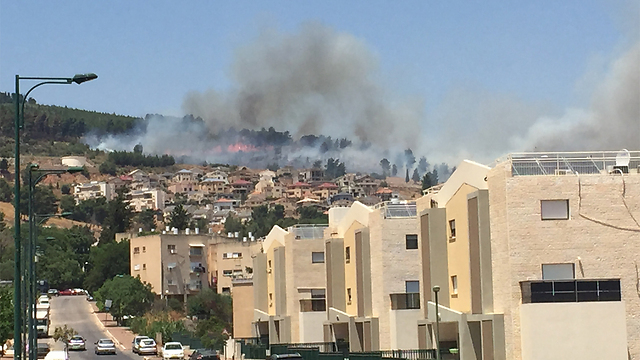 The blaze on the hills from Kiryat Shmona. – Photo: Zar Ohayoun

Seven firefighter teams were active at the scene from the upper-Galilee-Golan station and four firefighting aircraft operating out of the Carmiel station.

Heavy smoke led to the closure of Highway 9977 in the area. Continue Reading »

Firefighting teams fight blazes in Tel Mond and the Jerusalem area, where 6 people were lightly hurt by the fire.

A bushfire spread into a street in Tel Mond in the Sharon plains on Wednesday, causing gas tanks to explode and causing damage to the electricity infrastructure on the street. No one was hurt in the fire.

Five firefighting teams were working to put out the fire, which has already spread to three homes and is threatening additional homes.

In the Jerusalem area, two firefighting teams were working to put out a bushfire near a structure in Arab neighborhood of Ras al-Amud. Continue Reading »

Golan Heights fire broke out after a lightning strike, but nature reserve personnel were quick to explain how the area will rehabilitate itself with most of the forest green again in few months.

A wildfire in the Golan Heights caused by lightning, which raged for 12 hours until it was extinguished Saturday afternoon, has destroyed 750 acres of forested land, and killed numerous wild animals. 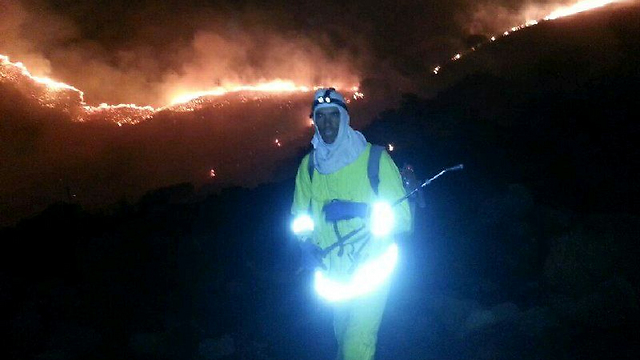 The fire broke out on Friday at around 10pm, following the lightning strike.

“I arrived at the area around midnight and realized that if we didn’t stop the fire immediately it would spread rapidly and become uncontrollable,” said Eldad Eitan, head of Gamla Nature Reserve in the Golan Heights. Continue Reading »