Two years ago, India bought its first armed Heron drone, used for both reconnaissance as well as combat & support roles, and can carry air-to-ground missiles to take out hostile targets.

According to India’s Economic Times, 10 Heron TP-armed drones bought in September 2015 at a cost of $400 million are ready to be delivered to New Delhi once a final payment is completed.

The Heron TPs are Israel Aerospace Industries’s most advanced UAVs with a 40-hour endurance, maximum takeoff weight of 5,300 kg. and a payload of 1,000 kg., according to the Times. They can be used for both reconnaissance as well as combat and support roles, and can carry air-to-ground missiles to take out hostile targets. Continue Reading »

German plans to lease Israeli-made drones for 10 years has been suspended after American weapons manufacturer challenges decision in court for the ‘Blue & White’.

Germany’s plans to lease Israeli-made drones has been put on hold after a legal challenge submitted by an American weapons manufacturer. 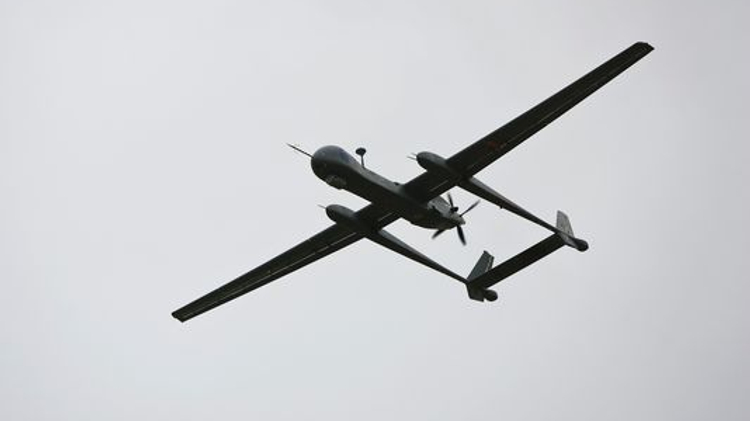 The decision by the German army to lease the Heron TP drones from Israel Aerospace Industries was announced by Defense Minister Ursula von der Leyen in January for temporary use until 2025 when development of a joint German, Italian, and French drone is expected to be completed. Continue Reading » 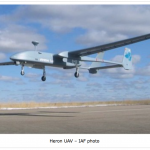 The Indian Air Force already operates a fleet of Heron, Harpy and Searcher unmanned aerial vehicles (UAV), which are used for taking out enemy radar positions as well as surveillance and intelligence gathering. Continue Reading »

Israel Aerospace Industries is negotiating the sale of $1.2 billion in electronic systems to an unidentified foreign customer, the state-owned company said in a terse Tel Aviv Stock Exchange announcement Sunday.

If IAI wins it, the contract will be for a five-year period and appears to include advanced radar systems.

IAI released the announcement shortly after another one forecasting negative cash flow from operations for the second quarter ended June 30, citing a delay in payments it is owed from the Defense Ministry.

German magazine Der Spiege Reports: Israel’s Heron TP has attack capabilities & is considered by Germany to be more cutting-edge than the U.S.-made Predator.

Germany’s air force chief was in Israel recently to attend a presentation on the Heron UAV.

Germany is examining the procurement of the Heron TP unmanned aerial vehicle manufactured by Israel Aerospace Industries, which has attack capabilities and is more technologically advanced than the American UAVs it currently uses, according to the German magazine Der Spiegel.

According to the report, the German defense ministry has already held two meetings with Israel on the matter, and Lt.