Video: Natanyahu to French ambassador: 1st rule in fighting terror – do not be afraid

The first law in fighting terrorism is to not be afraid, Prime Minister Benjamin Netanyahu said Friday, at the start of a meeting with French Ambassador Patrick Maisonnave. 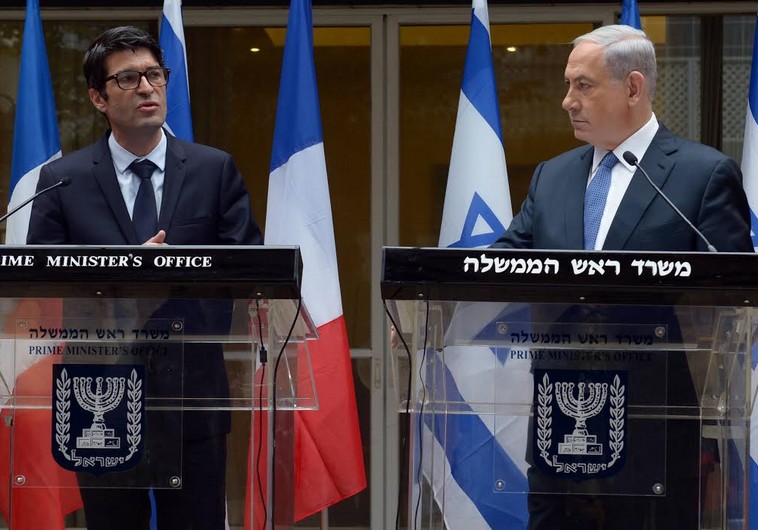 “I know that there are many in France who are asking themselves, how can we fight this dreadful fear-imposing barbarism. Should we continue to publish our views? 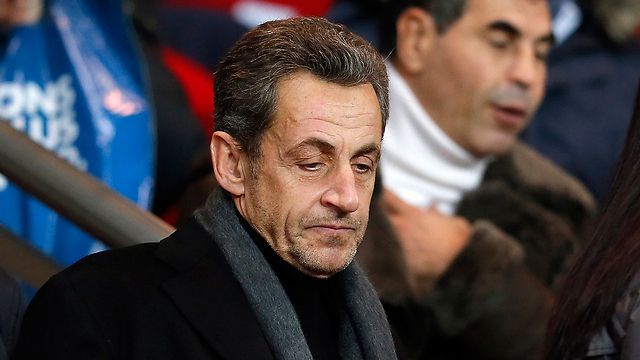 The Venus satellite will be launched from Kourou Islands in French Guiana. This civilian satellite, which has an expected lifespan of 10 years, was designed for earth observation.

The new hydroelectric plant, which will be Israel’s “1st pumped storage power station,” is planned to be built 60 kms (37 miles) east of Haifa, and is anticipated to raise national power generation capacity by 2.5%.

Israel’s first hydroelectric storage facility will be built by Alstom, a French engineering group. The company announced on Thursday that it has won a 120 million euro ($163 million) contract to build the facility, which will reportedly be operational by 2018.

The company said that the project, which will have the group operating and maintaining the 300 MW Gilboa plant for 18 years, “represents Alstom’s first entry into the Israeli hydro market.” Continue Reading »

French President Lays Out His 4 Conditions for Iran Agreement

In Jerusalem, French President Hollande echos Israel’s position by insisting on his 4 points for an agreement with Iran over its nuclear program.

Speaking in a news conference with Prime Minister Binyamin Netanyahu, hours after he arrived in Israel for his first official visit as France’s president, Hollande laid out four demands which he said must be in place for any deal with Iran to be successful. Continue Reading »

French President Francois Hollande’s visit to Israel, including meeting with PM Netanyahu, President Peres, and an address at the Knesset, will facilitate stronger financial & diplomatic ties between the two countries.

Jerusalem to demonstrate it thanks for France’s actions in representing Israel’s interests.

French President Francois Hollande will arrive to Israel on Sunday for a visit in which he will meet Prime Minster Benjamin Netanyahu and President Shimon Peres, and address the Knesset.

Hollande has seen a decrease in support of France, but in Israel, he is unprecedentedly welcome, as he is seen as the man responsible for preventing a Geneva treaty with Iran from happening. Continue Reading »

The silver lining behind Obama’s cloud of a weak America

So, how could France not step-up to the plate?

That the socialist French government of François Hollande just blocked a bad deal with Tehran, emerging as the hero of the Geneva negotiations, is on one level a huge surprise. But it also follows logically from the passivity of the Obama administration.

American foreign policy is in unprecedented free-fall, with a feckless and distracted White House barely paying attention to the outside world, and when it does, acting in an inconsistent, weak, and fantastical manner. Continue Reading »

French President Hollande reports that he will address the Knesset as originally planned.

French President Francois Hollande announced he will address the Knesset plenum during his Israel visit set for late November, two weeks after Paris decided to move the speech to one of Israel’s universities.

The initial decision to move the speech was met with outrage at the Knesset.

“If the French president had canceled the speech altogether, that’s his prerogative. But once he decided that the Knesset, which represents the people, is not respectable enough for him and that he’d rather do the speech outside, that’s an insult to Israeli democracy and the Israeli people,” a Knesset official said. Continue Reading »

Iran Talks: Since Kerry Didn’t, France Stood up for Israel

French FM expressed the concerns Israel has raising to no avail, ‘no certainty’ a deal will be reached.

Fabius traveled to Geneva Friday where the talks between Iran and six world powers (P5+1) are being held.

He arrived the same day as US Secretary of State John Kerry, who made the trip to Geneva for three-way meetings with Iranian Foreign Minister Mohammad Javad Zarif and EU foreign policy chief Catherine Ashton. Continue Reading »

Recalled to France: Envoy wasn’t being diplomatic when she punched Border Policeman after being pulled from truck delivering U.N. aid.

Israel and France have averted a diplomatic crisis by agreeing that a French diplomat, who hit an IDF soldier after she was dragged from a vehicle delivering aid to Palestinians, should return to Paris. 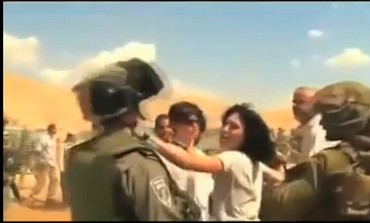 The incident in the West Bank one week ago had the potential to escalate, with Israel considering expelling her and aid groups privately pressing Paris and other European countries involved to protest at the treatment of their diplomats.