Preparations are being made to continue transporting the few remaining Jews from Yemen to Israel.

The operation was carried out under the auspices of the State of Israel and is intended to extract the remaining Jews from Yemen.

One group has already arrived at Ben Gurion International Airport, according to “informed Israeli sources” quoted by Manar.com Continue Reading »

After Qatari Emir Sheikh Hamad Ibn Khalifa al-Thani, brought a check to Gaza, he now plans to bail out Abbas next week. His strategy may be to separate Iran from the Palestinians.

Qatar’s emir, after having brought a $250 million check to Hamas in Gaza, plans to bail out Palestinian Authority Chairman Mahmoud Abbas next week, possibly as part of a strategy may be to isolate Iran from Hamas. Qatari Emir Sheikh Hamad Ibn Khalifa al-Thani said he will make good on his pledge to bail out the PA, according to the Bethlehem-based Ma’an news agency. Continue Reading » 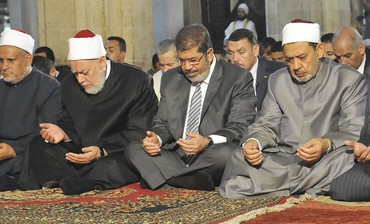 Israel launched  Operation Pillar of Defense on Wednesday with the declared aim of deterring Hamas from launching cross-border rocket salvos that have plagued southern Israel for years. Continue Reading »

A $254 million plan, due to begin within 3 months, is the largest injection of reconstruction aid to Gaza since parts of it were left in ruins after Operation Cast Lead.

Qatar on Tuesday launched a $254 million plan to rebuild and modernize Gaza, the biggest injection of reconstruction aid for the Palestinian enclave since parts of it were devastated in Operation Cast Lead nearly four years ago.

A view of Doha, Qatar. – Photo by Wikipedia

Projects announced at a news conference by Qatari ambassador Mohammed Al-Amadi will require the cooperation of Israel and Egypt to admit building materials and heavy machinery to Gaza,  which is under a partial blockade. Continue Reading »