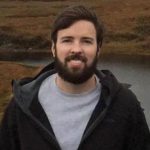 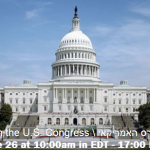 Israeli leaders, along with AIPAC are maintaining their neutrality by not commenting on Congressional bill that would defund the Palestinian Authority over its monthly payments scheme to families of murderers of Israelis.

WASHINGTON — Prime Minister Benjamin Netanyahu and Washington’s largest Israel advocacy organization are withholding support for a Senate bill that would defund the Palestinian Authority over its “martyr” compensation scheme, which provides the families of convicted murderers and terrorists in Israel with monthly stipends.

The Taylor Force Act, named after a former US Army officer murdered by a Palestinian assailant in Israel last year, would require the State Department cut funds to the PA should it fail to end the program. Continue Reading »

WASHINGTON – Republican lawmakers reintroduced a bill on Tuesday that would eliminate US funding for the Palestinian Authority critical to the organization’s ability to operate if it continues providing stipends to terrorists and their families. Continue Reading »