With 60 years of aircraft experience, Israel Aerospace Industries is further expanding by establishing for the first time in its history, an aviation academy for professional aircraft technicians in China.

The Israel Aerospace Industries (IAI) signed a $10 million contract with the city of Shantou in Guangdong Province on Thursday to build a training center where Israeli teams will teach the Chinese to maintain passenger aircraft.

The contract was signed as part of a conference for business cooperation between Israel and the Guangdong Province. Continue Reading »

US demands clarification as to whether the drone used by Israeli researchers, that Agricultural Minister Uri Ariel gave Russian PM Medvedev as a present, contained American technology.

An American official from the US Embassy in Israel has commented for the first time since Minister of Agriculture Uri Ariel gave Russian Prime Minister Dmitri Medvedev a drone as a gift worth 200,000 shekels which was being used by researchers at the Agricultural Research Organization, Volcani Center.

“The US demands information from the Israeli authorities in order to determine whether there was American technology in the drone,” the official said days after Uriel’s humiliating and potentially consequential blunder. Continue Reading »

American concerns EMC & Lockheed Martin are looking to gain from the abundance of Israeli innovation in technological realm.

Initial investment to stand at $1 million.

The new center, which will be introduced Monday at the companies’ stand in Tel Aviv at the Cyber Tech 2014 conference, will be built in the new industrial park in Beersheba, focusing on cyber defense solutions.
Continue Reading »
Category: Israel News | Tags: Lockheed Martin, technology
israelandstuffcom | January 19, 2014
No comments

Another Israeli technologically advanced defensive system that deals with threats that fly on too small a trajectory to be engaged efficiently by Iron Dome, to be deployed in 2015.

Israel plans to deploy a new missile shield known as “Iron Beam” next year which would use a laser to blow up short-range rockets and mortar bombs, a defense industry official said on Sunday.

The system is designed to deal with threats that fly on too small a trajectory to be engaged efficiently by Iron Dome, the Israeli interceptor credited with an 80% success rate against rockets fired by Palestinian terrorists. Continue Reading » 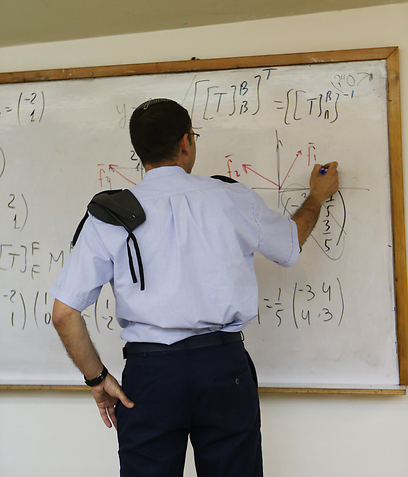 Along the way he also singlehandedly saved the State a sum near NIS 500 million. Continue Reading »

The OrCam system is designed to have a minimal control system, or user interface. To recognize an object or text, the wearer simply points at it with his or her finger, and the device then interprets the scene.

JERUSALEM — Liat Negrin, an Israeli who has been visually impaired since childhood, walked into a grocery store here recently, picked up a can of vegetables and easily read its label using a simple and unobtrusive camera attached to her glasses.

Liat Negrin, an employee at OrCam, wears a device made by the company that consists of a camera and a small computer. Continue Reading »

RAY: A Unique Israeli Smartphone For The Visually-Impaired

RAY will also combine the functions of various customized gadgets such as audio book-readers and voice-enabled MP3 players.

The visually impaired may have been using phones adapted for them for years, but access to smartphones and more specifically apps, is still beyond reach. An Israeli company called Project Ray recently announced the development of a smartphone for the visually impaired, called the RAY.

Making a silicon semi-conductor involves carving a sheet of the element silicon, kind of like carving a sculpture out of rock. It’s the most common method of making transistors for everything from cellular phones to computers. But silicon is expensive, inflexible and environmentally problematic.

What if it were possible to make transistors from ordinary materials simply by coating them with readily available proteins — for instance, human blood, milk or mucus?