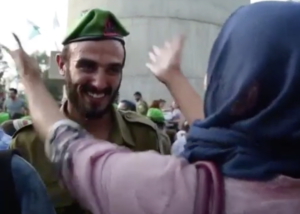 Even in the wake of Operation Guardian of the Walls and the violent rioting in mixed cities and other towns, the IDF presented encouraging statistics that show a sharp rise in the number of Muslims drafting to the IDF. Some 606 Muslim Arabs drafted to the IDF in 2020, compared to 489 in 2019 and 436 in 2018. More than half of those who have drafted went to combat roles.

The number of those drafted to the Bedouin reconnaissance unit has almost doubled in two years, from 84 in 2018 to 171 in 2020. In 2017, only 45 people were drafted to the unit. In light of the increase, the IDF now opens two platoons for basic training for each draft. 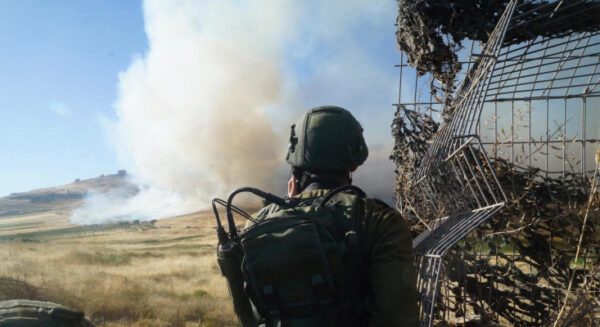 During the recent operation, some 20 Muslim soldiers asked to be released from the IDF due to intense pressure put upon them. After conversations with IDF commanders,18 of them chose to continue their service and the rest were released.

The IDF said that, despite Operation Guardian of the Walls and violent riots in many cities, the trend of increased numbers of Muslims being drafted into the IDF will likely continue.

The military summarized draft data from June 2019 to June 2020, so the next drafts will give it information on whether this trend will indeed continue. For the time being, at least according to initial data that the IDF has, no change in the trend has been recognized. The IDF, however, will only be able to identify clear trends towards the middle of next year.

Besides the increase in the number of Muslims who have drafted to the IDF, the number of Muslim soldiers who left their service early shrank by 7%. In 2019, the drop-out rate was 30%, as opposed to 23% in the past year. The IDF’s goal for the coming year is to get the number down to 20%.

In the past year, there was also a 10% decrease in the amount of time Muslim soldiers were away from their service without authorized leave. IDF officials believe that all the statistics indicate a high motivation to continue to serve.

The military believes that the significant increase in the number of drafting Muslims (which is primarily among the Bedouin population) is related to a large draft campaign and personal invitations that were made to 4,000 young people to draft into the army. Some 1,200 of these young people expressed interest and contacted the IDF, and 250 of them were drafted.

In September, the IDF and the Defense Ministry will complete a similar campaign for the Bedouin population in the South but on a larger scale. Some 10,000 invitation letters will be sent to young members of the Bedouin community instead of standard draft notices.

At the same time, Bedouin reserve soldiers will take part in additional activities that are part of the campaign. These soldiers were drafted to reserves in the last year after going through three weeks of basic training.

This is an unprecedented effort to draft young men from the Bedouin community in the South. Some 75% of Bedouin IDF soldiers are from the North, where it is traditionally easier to draft soldiers to the IDF. In the South, tension between authorities and the government, crime and the increased political strength of radical Islamists among other factors, make draft numbers much lower.

The IDF is working to change this lower draft rate. Officials believe that it will be possible to draft hundreds of soldiers from the Bedouin communities in the South through this campaign, and to thereby strengthen their and their family’s connection to the State of Israel.