By Mati Tuchfeld
The number of ultra-Orthodox Israeli men being drafted into the army has risen by 39 percent since the Knesset passed the Equal Sharing of the Burden Bill in March, according to a report presented to the cabinet on Sunday by the ministerial committee, headed by Science and Technology Minister Yaakov Peri, appointed to oversee the implementation of the law.
Continue Reading »
Category: Israel News | Tags: haredi draft, IDF Draft, ultra-Orthodox, Yaakov Peri
israelandstuffcom | June 25, 2014
No comments

The IDF moves up a notch to rescue the 3 kidnapped young Israelis in West Bank by calling up reserves and preparing anti-rocket batteries in southern Israel.

By YAAKOV LAPPIN
The IDF has called up a limited number of reserves as the military operation to rescue three kidnapped Israelis in the West Bank continues to grow. The call up is small in scope at this stage. 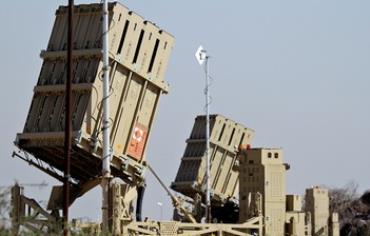 The IDF arrested 80 Hamas members – including members of the Palestinian Legislative Council – in a massive wave of raids throughout the West Bank early on Sunday, as part of Israel’s response to the kidnapping of three Israeli youths on Thursday. Continue Reading »

“If 2013 marked a certain ease regarding the Haredi soldiers, then 2014’s public dispute about the Draft Law took us back by at least a year,” said the Nahal Haredi Organization. Continue Reading »

President Shimon Peres met on Monday morning with Finance Minister Yair Lapid to discuss the latter’s thoughts about the impending vote in the Knesset on the the enlistment bill, which will see hareidi yeshiva students become eligible for the draft for the first time in Israel’s history. In the meeting, Peres expressed his concern for the hareidi community’s feelings on the matter telling Lapid that he should go “a bit easier” on them. According to Peres, many members of the community have complained to him about what they perceive as a negative attitude towards them and their lifestyle on Lapid’s part. Continue Reading »

Gov’t expected to compromise to avoid being portrayed as jailing Jews for continued study of Torah.

Equal burden means that every Israeli citizen must serve in the IDF. In practice, however, 67 percent of the Jewish community and just 50 percent of all Israelis perform national service. To put it negatively, 50 percent of young Israelis are exempt from this burden, while the other half of society has to carry the extra weight.

Those who are exempt are primarily Arab Israelis – both Muslims and Christians, religious Jewish women, Orthodox yeshiva students, and other Jewish young men and women who can’t serve in the army for physical or psychological reasons. Continue Reading »