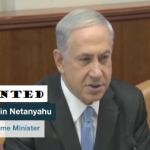 Spanish lawmakers urges Spanish government to recognize “Palestine” as a state in nonbinding text, albeit only after Israel & Palestinian leaders reach a negotiated solution.

Spanish lawmakers on Tuesday urged their government to recognize “Palestine” as a state, albeit only when Israel and the Palestinians negotiate a solution to their long-standing conflict.

The symbolic motion, which echoes similar votes last month in Britain and Ireland, was backed by all the political groupings in the lower house after the ruling People’s Party watered down the wording hours after the attack in a Jerusalem synagogue in which five Israelis were killed by two Arab terrorists from east Jerusalem.