A former senior US adviser on Islamic Affairs for the Pentagon says Israel should allow the breakdown of the Palestinian Authority to happen, so that a new generation of non-PLO leaders can replace the existing, autocratic, kleptocracy.

Despite US President Donald Trump’s release of the “Peace to Prosperity” Mideast plan earlier this year to help resolve issues associated with the decades-long conflict between Israelis and Palestinians, it remains clear that no negotiations between the two parties are on the horizon amid a Palestinian boycott of the Trump administration.

Given this and the ongoing discussion of Israel’s imminent move to apply sovereignty over Judea and Samaria, questions are being raised over the viability of Palestinian Authority, especially as Palestinian leader Mahmoud Abbas, 84, has once again threatened to cut off security cooperation with Israel over the move. Continue Reading »

An anthology of reasons why the Arabs detest the Palestinians

The Arab world has never facilitated a move for Palestinian statehood since they’ve long known the Palestinians don’t really want it, not just the kleptocratic leaders and Parliamentarians, that skim for a living, but also the refugees that pay fewer taxes, receive free food staples, free health & education.
– So why kill the “refugee” goose that lays the golden eggs?

In Israel, and in much of the Western world, we tend to think that the Arab world is united in support of the Palestinians, that it wants nothing so much as to solve the Palestinian problem by giving them a state, and that all the Arabs and Muslims love the Palestinians and hate Israel. Continue Reading » 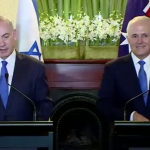 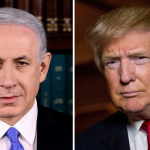 Prime Minister Binyamin Netanyahu will meet tomorrow (Wednesday) for the first time with Donald Trump in his capacity of President of the United States.

Channel 2 reported that according to estimates, Netanyahu will refrain from mentioning the words “Palestinian state” and explain to the president the lack of feasibility in setting up such a state.

It is believed that Netanyahu will tell the president that he is willing to negotiate with the Palestinians but there is no practical feasibility to establish a state. Continue Reading »

Erekat says ICC probe into Israel is already underway, despite the fact they have no borders, currency, or are recognized by its neighbors, and reports of a deal with Israel to not file charges.

The Palestinians officially joined the International Criminal Court at The Hague on Wednesday, a move initiated by Palestinian President Mahmoud Abbas after the failure of the US-brokered peace talks last year.

The televised broadcast in December of Abbas signing applications to join dozens of international institutions, including the ICC, prompted an angry response by Israel, which in January froze the transfer of millions of dollars in tax revenue that Israel had collected for the Palestinians. Continue Reading »

Spanish lawmakers urges Spanish government to recognize “Palestine” as a state in nonbinding text, albeit only after Israel & Palestinian leaders reach a negotiated solution.

Spanish lawmakers on Tuesday urged their government to recognize “Palestine” as a state, albeit only when Israel and the Palestinians negotiate a solution to their long-standing conflict.

The symbolic motion, which echoes similar votes last month in Britain and Ireland, was backed by all the political groupings in the lower house after the ruling People’s Party watered down the wording hours after the attack in a Jerusalem synagogue in which five Israelis were killed by two Arab terrorists from east Jerusalem.

Palestinian Authority chief rejected offer by Egyptian president to create a state 5 times the size of Gaza, by giving up demands of 1967 borders.

The offer was revealed on IDF Radio.

el-Sisi reportedly suggested that Palestinian “refugees” be allowed to settle in the new, much enlarged Gaza, which would be demilitarized. Continue Reading »

Watch: PM Netanyahu States his Vision for a “Palestinian State”

Israel’s Channel 2 reported that Prime Minister Netanyahu affirmed he still believes in the solution for a “Palestinian State” that he outlined in his Bar Ilan speech.

Prime Minister Binyamin Netanyahu has affirmed to Channel 2 that as elections approach, he stands behind the principles he outlined in his speech at Bar Ilan University in 2009. Channel 2‘s Knesset reporter, Amit Segal, did not say Monday evening whether the information came directly from Netanyahu, but from the way in which he reported the news, it was clear that it had been approved by the Prime Minister. Continue Reading »

US intel report predicts a Palestinian state by 2030

A new US intel report predicts the founding of a Palestinian state by 2030, but key issues such as Jerusalem’s final status will likely remain unresolved.

It is likely that unofficial actions will lead to a Palestinian state by 2030, US intelligence analysts cited by AFP said Monday. 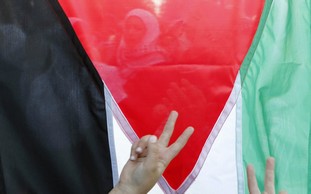 “On the one hand, if the Islamic Republic maintains power in Iran and is able to develop nuclear weapons, the Middle East will face a highly unstable future,” a new intelligence report said. “On the other hand, the emergence of moderate, democratic governments or a breakthrough agreement to resolve the Israeli-Palestinian conflict could have enormously positive consequences.” Continue Reading »

Great Britain is considering withdrawing their ambassador to Israel and suspending all trade in protest against ‘settlement construction plans’. 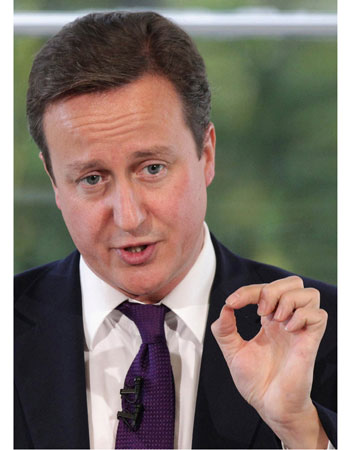 FM Fabius tells French Parliament that he will vote in favor of Palestinian non-member status at UN, but says Palestinian state can only be achieved ‘through negotiations’ with Israel.

France said on Tuesday it would vote in favor of Palestinian non-member status at the United Nations, boosting Palestinian efforts to secure greater international recognition. 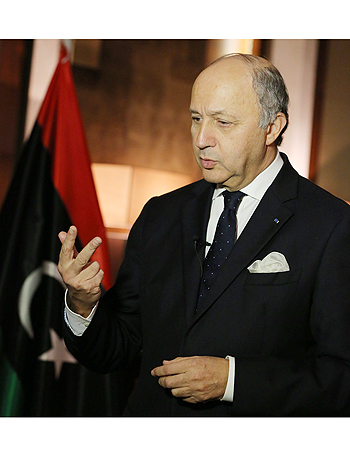 Frustrated that their bid for full UN membership last year was thwarted by US opposition in the UN Security Council, Palestinians have launched a watered-down bid for recognition as a non-member state, similar to the status the Vatican enjoys. Continue Reading »

A senior leader of the Palestinian Liberation Organization expressed support for a new proposal for Jordan’s annexation of the West Bank, in an interview with the London-based Al-Quds Al-Arabi. 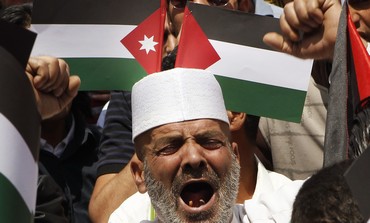 PLO leader Farouk Kaddoumi, a founding member of the PLO, said the move would involve the establishment of a Jordanian-Palestinian confederation.

He supported the initiative, asserting that if the idea was brought to fruition it would result in a positive development.He stressed that the West Bank must remain Palestinian land, and that Jordan would need to assure full Palestinians rights, as well as the right of return.